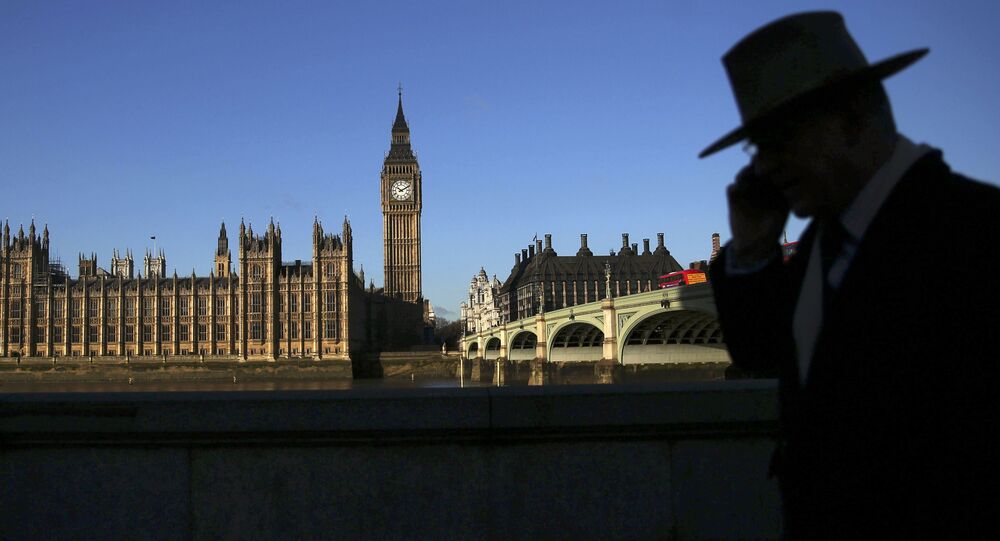 The Russian Embassy in the United Kingdom urged London not to drag Moscow into domestic quarrels over its EU membership, in reaction to comments by the UK energy secretary about Europe's unsafe dependence on Russian gas supplies, the embassy said in a statement Friday.

© Flickr / Steffen
Russian Embassy in UK Urges Russians to Avoid Crowded Areas
LONDON (Sputnik) — Earlier, on Thursday, UK Energy Secretary Amber Rudd, campaigning for the United Kingdom to remain in the European Union on the premise that it can ensure gas security, accused Russia of using "their gas as a tool of foreign policy. Threatening to cut off supplies or drastically increase prices."

"The speech of the UK Secretary of State for Energy and Climate Change Amber Rudd on 24 March, where she expressed concern over Russia’s gas supplies to the EU as allegedly a tool of our foreign policy are surprising and disappointing," the statement reads.

"It misrepresents the situation and defies the logic of this business as it applies to Britain," the embassy added.

The embassy underscored that Russia does not use gas supplies as a foreign policy tool.

The UK gas market is one of the most diversified in the world. Russian supplies do not have a significant impact on the British market and the country's energy security, as Russia supplies relatively small volumes to the United Kingdom.

Russian Embassy in Washington Beefs Up Security Amid Brussels Attacks