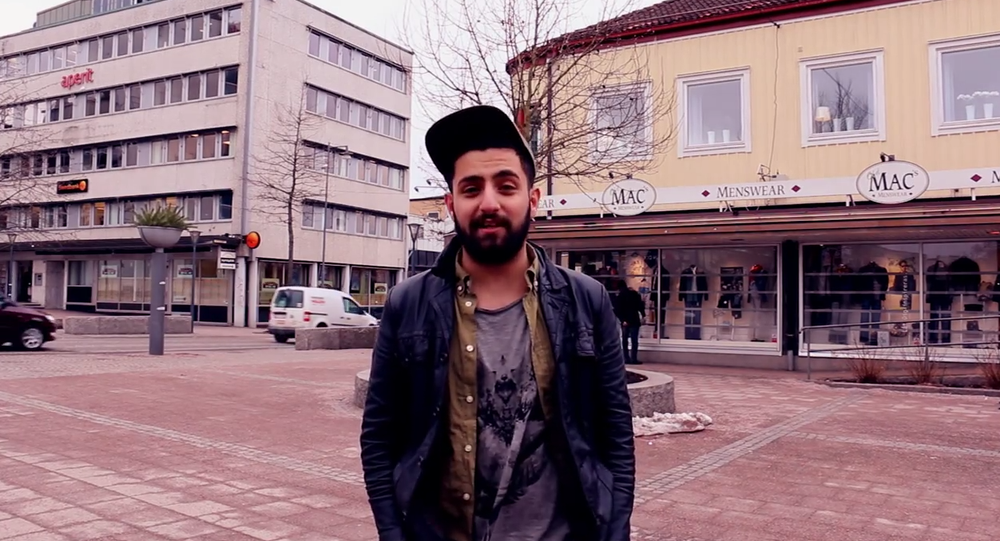 On April 1 (and that's no April Fool's day joke, mind you!), Swedish Radio will launch a new talk-show in Arabic in an attempt to find a common language with the country's growing Arab population.

The talk-show is to be hosted by 20-year-old Syrian Youtuber Mahmoud Bitar and P4 reporter Miriam Riaie, who plan to guide the listeners through the news in Arabic, Dagens Nyheter reports.

© Fotolia / DutchScenery
@Sweden: Abuse, Hate Speech and Sexual Tension at the Tax-Payers' Expense
The Syrian-born refugee Mahmoud Bitar, who has lived in Sweden for nine months, became world famous for filming his escape from Syria to Europe as humorous updates, as well as wittily "warning" his countrymen against coming to Sweden as asylum-seekers on account that refugee allowances are not as high as everybody in the Arab world believes them to be. His popular YouTube-channel has gathered over nine million views.

"They give you a big house, a nice car and a job and lots of money… that's what Syrians back home think Sweden offers asylum seekers," Mahmoud Bitar told BBC Trending last year.

"It's amazing that they are starting a talk show in Arabic! I am so glad that I got Sweden's best job, it will be fun to work for the Swedish Radio. Now I'm going to take up learning Swedish quickly," said Mahmoud Bitar, future host of "Talkshow bl arab" in a press release.

Although Bitar admitted that life in Sweden is quite good, explaining that the people are friendly to foreigners, he also expressed hope in an interview with Stepfeed that he wouldn't have to stay there forever.

"My dream is for Syria to return to what it used to be. I will be one of the first people to return because there is no place like Syria," he said.

Last year, Sweden took in over 163,000 refugees predominantly from the Arabic-speaking Middle East and North Africa. According to present-day estimations, there are over 400,000 speakers of Arabic in Sweden, which roughly amounts to 4 percent of the total population of 9.8 million.