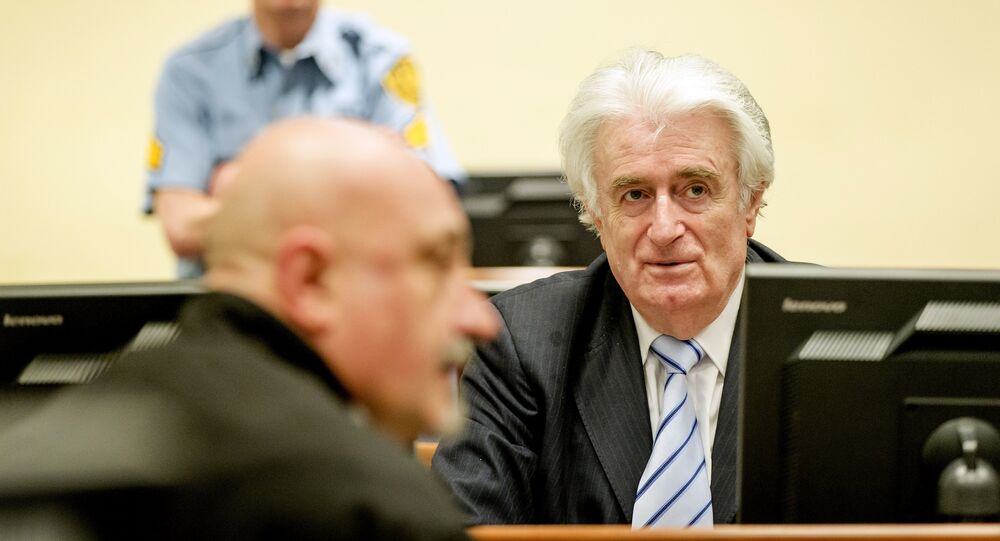 The International Criminal Tribunal for the former Yugoslavia (ICTY) on Tuesday found the former President of the Republika Srpska guilty for his role in the 1995 genocide. Loud & Clear guests Christopher Black and Richard Becker explore the history - and the money - behind the verdict.

​On Thursday, Karadžić was found guilty on 10 of the 11 charges brought against him, including crimes against humanity, genocide, and breaching the laws of war, for his role in the 1992-1995 Bosnian War.

Speaking on Radio Sputnik’s Loud & Clear with Brian Becker, human rights lawyer Christopher Black notes that the ICTY was "funded by NATO countries, corporations, George Soros, and the Open Society Institute, all of which have an agenda of destroying Yugoslavia and breaking it into pieces."

Author Richard Becker further asserted that Yugoslavia, a country of 24 distinct nationalities, was ripped apart by outside forces – Germany, the United States, Britain, and Italy – who funded opposition leaders while stripping the country of resources.

Black reiterated this alternate perspective, referring to the Rambouillet Agreement wherein Madeleine Albright demanded that, in order for a cessation of hostilities and to avoid destruction, Milosevic and the government of Yugoslavia would "allow the immediate occupation of the entire country by NATO forces and it was to convert from a Socialist to a private enterprise country overnight."

The Tribunal: A Political Show or a Slow March to Justice?

The Tribunal has charged 161 individuals but has only advanced 31  prosecutions to conviction in two decades, a remarkably low efficacy rate for a prominent UN tribunal.

Black argues that the court was developed solely for political purposes, suggesting that it was improperly established under Art. VII of the UN charter, which would remove its authority to advance prosecutions. He further questioned why no NATO officials have been charged by the tribunal, stating that he reached out to ICTY prosecutors to push charges.

Human Rights Watch wrote in a headline "justice catches Karadžić after 21 years," indicating that he has been hiding in plain sight, but that no one saw fit to bring him to justice.

The United Nation’s human rights chief, Zeid Ra’ad al Hussein, praised the verdict saying it was "symbolically powerful—above all for the victims of the crimes committed during the wars in Bosnia-Herzegovina and across the former Yugoslavia, but for all victims across the world."

The 70 year old Karadžić was the highest profile defendant before the tribunal, following the death of former Yugoslav President Slobodan Milosevic in 2006, before his trial concluded.