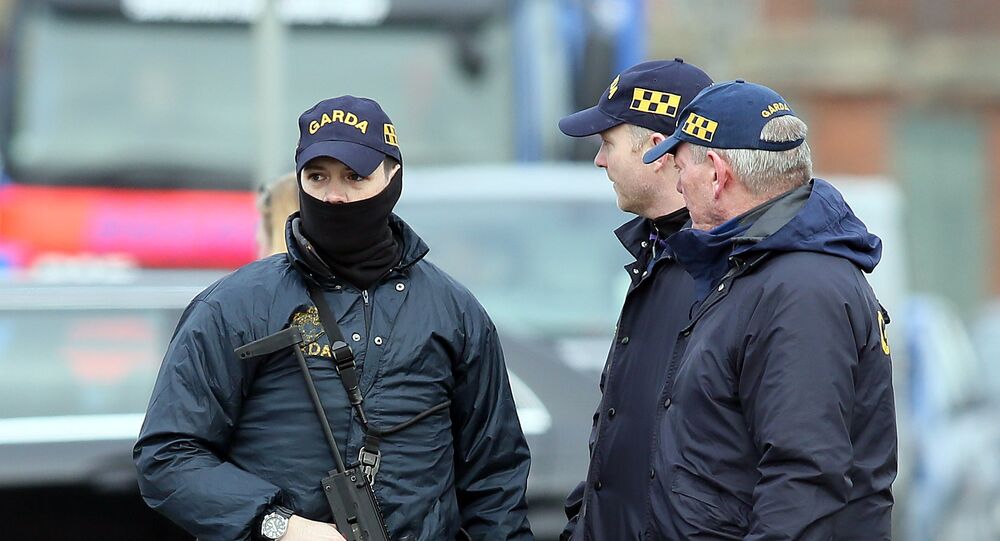 Ireland Introduces Armed Patrols Although Has No Data on Terror Threat

Irish Justice Minister Frances Fitzgerald said that Dublin takes every security precautions that can in order to prevent terrorist threat.

© AFP 2021 / FRANCOIS LO PRESTI
France Deploys 700 Extra Gendarmes to Tighten Border, Motorway Control
BRUSSELS (Sputnik) — Ireland has no information that the country is under a terrorist threat, but the introduction of the armed patrols is necessary to provide security, Irish Justice Minister Frances Fitzgerald said Thursday.

Earlier in the day, reports emerged that Ireland had deployed the armed patrols at the Dublin Airport and Dublin Port following recent terrorist attacks in Brussels.

"We have no specific information but suggest that Ireland is at risk, but clearly it is the democratic way of life and democratic values that have been challenged by terrorists. So, obviously, we have to take every security precautions that we can… and the armed patrols are a response to that," Fitzgerald told journalists before an extraordinary meeting of EU ministers for justice in Brussels.

The Islamic State (ISIL or Daesh) extremist group, outlawed in many countries including Russia and the United States, claimed responsibility for the Brussels attacks, which came just days after Belgian police captured a suspect in the November terrorist attacks in Paris that killed 130 people.

EU Seeking Measures to Check Passengers Before Entrances to Airports