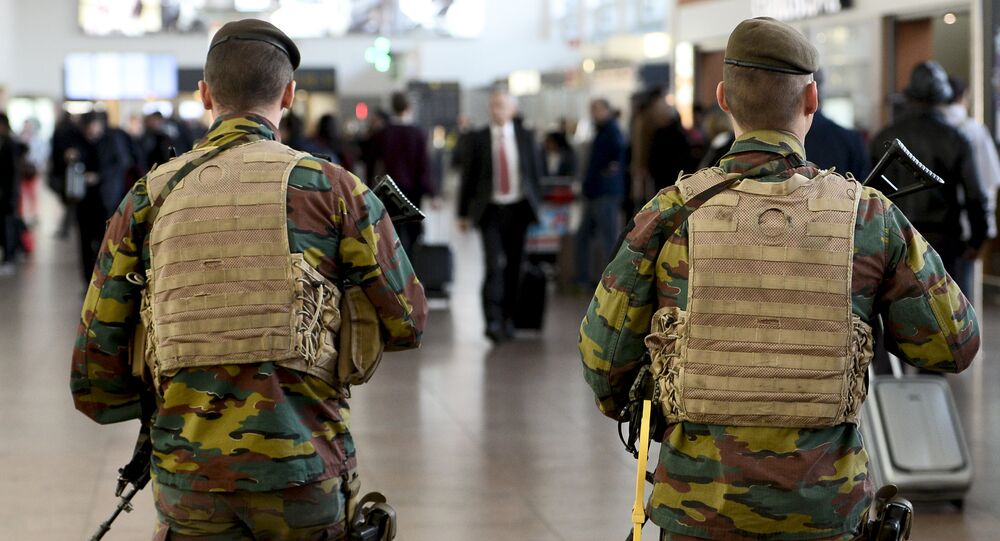 In the wake of the Tuesday terrorist attacks in the Belgian capital, Radio Sputnik’s Brian Becker speaks with counterterrorism expert Dr. Rizwaan Sabir to discuss the broader causes of the violence, as well as what’s next for Europe.

"…Muslim communities across Europe…largely seem to be communities which are generally quite excluded from socioeconomic and political processes," Sabir, a counterterrorism and insurgency specialist, tells Loud & Clear host Brian Becker.

"And that’s not necessarily their fault. That’s usually the failure of European political and social systems to accommodate Muslim communities and Muslim individuals and their requests for recognition as Muslims and citizens…"

It’s hard to overlook this marginalization when determining the root causes of terrorist attacks like those that occurred in Brussels and Paris.

Bomb Blasts in Brussels: Who Benefits?

"The Muslim community is ghettoized. It’s excluded and alienated, and that breeds discontent and that discontent is articulated in different ways."

While the Islamophobic rhetoric that surfaced in the wake of Tuesday’s attack blames the violence on the religion of Islam, Dr. Sabir points out that this is far from the case.

"Terrorism is a tool that is used to further a socioeconomic or political objective," he says. "What justifies those actions is an idea or an ideology. In this case: religion."

"Religion serves to legitimize and legitimate terrorism that is taking place, in this case, in Brussels."

These political factors are actually driven by governments rather than religion.

"The government will basically turn around and deny Muslims the right to express their identity around their Muslim-ness," he says. "And what that essentially does is it creates this feeling of discontent that the political system is unable to accommodate this desire for multiculturalism that it claims to represent."

"…That leads to all the problems to perpetuating feelings of grievance, exclusion, alienation, and they can sometimes contribute to prompting and causing individuals to think that the only legitimate and appropriate way that can express themselves…is to shock that system through external means…"

It’s impossible to overlook the role played by Western military and economic intervention in the Middle East.

"What America and, for example, the French did immediately after the attacks in Paris…was to increase the severity and extent of airstrikes in Syria and Iraq," Dr. Sabir says. "ISIL’s way of responding to that was basically to say that we have executed this operation in Brussels and that we will continue to do this if you continue to target us.

"This is an ongoing ‘dirty war’ between European nation states and the Americas, and these non-state militants throughout the Arab and Islamic world."

Brussels Airport to Remain Closed for Passenger Flights Through Friday