The Brussels bomb attacks were "brought forward" and the terrorists used "softer targets" which were not revenge attacks for the capture of Europe's most wanted man, Salah Abdeslam, a terrorism expert has told Sputnik.

"I don't think it was a revenge attack for the arrest of Salah Abdeslam," Professor Paul Moorcraft said.

Salah Abdeslam was arrested in Brussels on suspicion of being a key member of the terrorist group who attacked Paris in November 2015.

"I think it was probably some of the leaders — who are very able and professional people — and often smarter than western intelligence officials, who decided that if Salah Abdeslam was singing like a canary, then they had to bring their attacks forward, that's why they had softer targets." 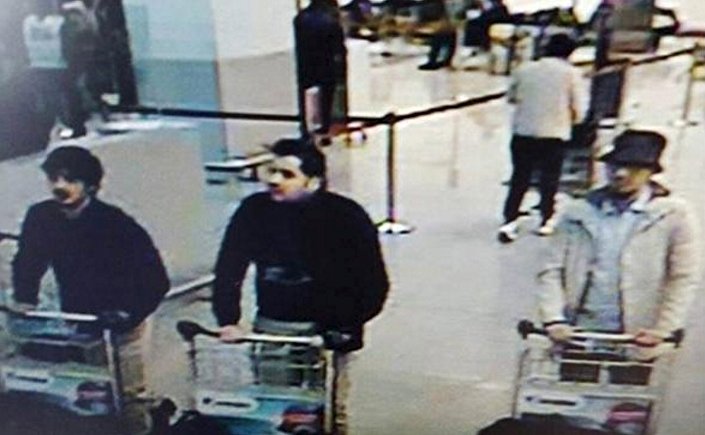 "I think it looked a bit odd, pushing bombs in trolleys and one didn't go off.

The two blasts as Brussels' Zaventem airport, where an initial explosion took place near the American Airlines check-in counter, the second reportedly by the Brussels Airlines ticket counter, shows how vulnerable the "soft side" of airports can be.

Following the September 11 attacks in the US in 2001, western security agencies appeared to prioritize protecting aircraft from bombings and hijackers, after check-in. However, the attack in the unsecured area of Zaventem airport raises problems for police and intelligence authorities on how such soft targets can be prevented from future attacks.

Professor Moorcraft, author of 'The Jihadist Threat: The Reconquest of the West' told Sputnik that an attack in London was "likely."

"Both require a fair amount of organization, although we're not controlling our borders — it's a bit more difficult to smuggle that amount of ammunition into Britain than across the border between France and Belgium — but Britain's intelligence services are ten years ahead than Belgium or France."

"I think we're doing quite well, I wouldn't over play it — but we have a real problem because when we cut the army, people forget that includes Special Forces and the SAS are also from the army, they're exhausted and burned out.

"Special branches haven't had weekends off for years, they're run ragged. We are really overstretched. The real problem is that we have lost control of our borders, we don't know who is leaving our country." 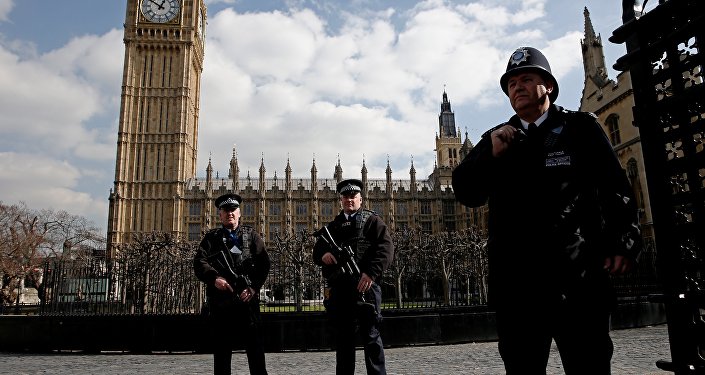 © AFP 2019 / Adrian Dennis
Brussels Terror: British National Missing, UK PM Holds Second COBRA Meeting
In an announcement in the House of Commons, Home Secretary Theresa May said: "The UK's threat level remains at severe, which means an attack is highly likely, we will remain vigilant and the public should remain alert, together we will defeat the terrorists."

The UK had increased border controls and screening and extra police had been drafted in at airports, railways and tube stations across the country.