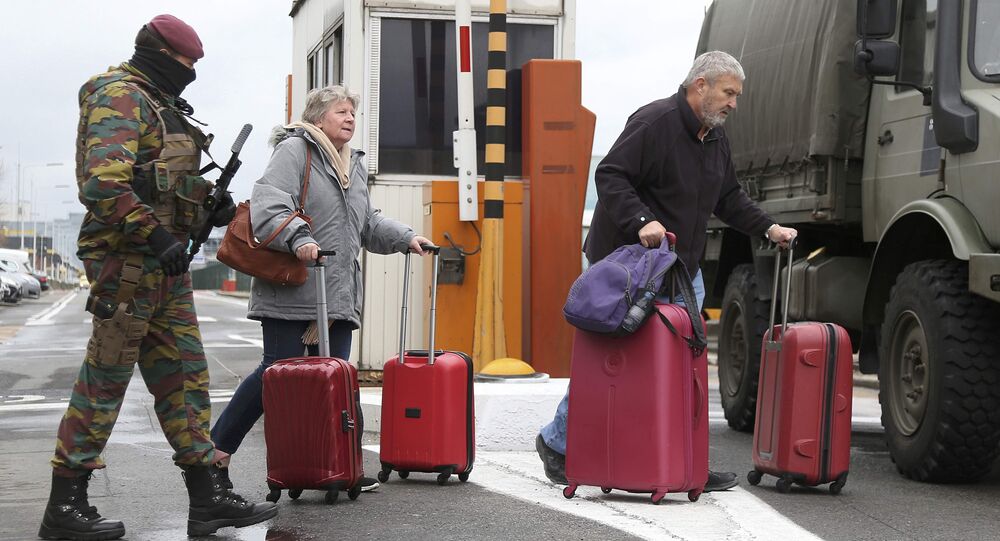 France pushed for the introduction of Passenger Name Records (PNR) following the November 13, 2015 attacks in Paris, which killed 130 and injured hundreds more. PNR would allow for the collection and retention, for a period of time, of all data associated with air travelers in the EU. However — despite having the backing of EU Civil Liberties, Justice and Home Affairs Committee — the proposal has stalled in the European Parliament over privacy and human rights fears.

We do need an European PNR. The European Parliament has to approve its creation. We have been waiting for too long. https://t.co/Ww1qyBGV7B

Following the attacks in Brussels, French President Francois Hollande called an emergency meeting with Valls and the Ministers of Interior and Defense, Bernard Cazeneuve and Jean-Yves Le Drian. Valls said afterwards: "We are at war" and called for the rapid introduction of the PNR scheme as a counterterrorism measure for Europe. A similar system was adopted in the US following 9/11.

Plans to introduce PNR for all EU airline travelers were deferred in early March following an argument between European Parliament lawmakers, with the chief negotiator accusing left-wing parties of "playing games" with counterterrorism legislation.

Why are the French *SO* keen on PNR? General authoritarian trend after Paris attacks? Something else? https://t.co/qIx4wCU3Uu

Parliament's Civil Liberties Committee lead negotiator on the EU PNR proposal, Timothy Kirkhope said: "The leaders of the left-wing groups in the European Parliament have played games with this proposal from day one. They are playing games with it again. Most frustrating to me is the leaders of the Liberal and Socialist groups who claim to be pro-PNR in public but do whatever they can to scupper it in private.

"We're talking about a critical counterterrorism tool that our governments say they desperately need to ensure people's safety. It should not be toyed around with like this for party political purposes. I intend to keep asking for this proposal to be taken to a vote. There is absolutely no reason to delay it, and lives are at risk the longer we stall."

Valls will Wednesday travel to Brussels to press Juncker and lawmakers to accelerate the PNR proposal as a matter of urgency, following the deadly terror attacks in Brussels as EU law enforcement and intelligence agencies struggle to keep track of thousands of radicalized Muslims in Europe.