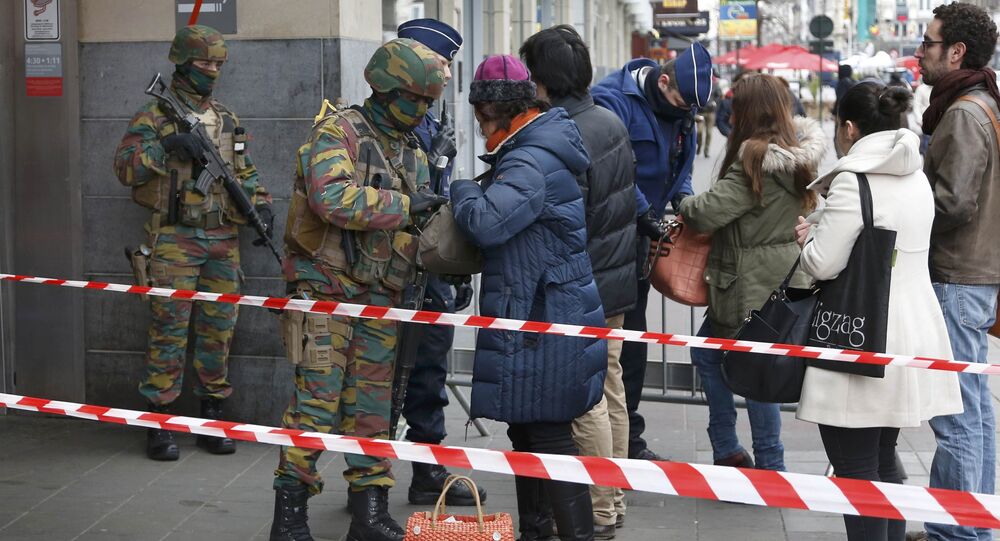 All the land lines of buses and trams operate in Brussels, although less frequently than usual, according to a spokeswoman of the Brussels transport company STIB, Francoise Ledune.

"All the land lines of buses and trams operate, although less frequently than usual," Ledune said, as broadcast by the RTL channel.

According to the spokeswoman, the movement of metro trains, which has also partially resumed earlier in the day, will be suspended again on Wednesday at 7:00 p. m. local time (18:00 GMT). The suspension is intended "to ensure the safety of the underground transport routes," Ledune said.

© REUTERS / Christian Hartmann
Belgian Intelligence Failure: Brussels Attacks Should Have Been Prevented Upon Masterminding
On Tuesday, a series of blasts hit the Brussels Airport and a central metro station located near the EU institutions' offices. The deadly attacks killed at least 31 people and injured about 260 others.

Following the attacks, a lockdown mode was introduced in the city, as public institutions and schools were advised to stay closed, all public transport was halted and border checks were reinforced.