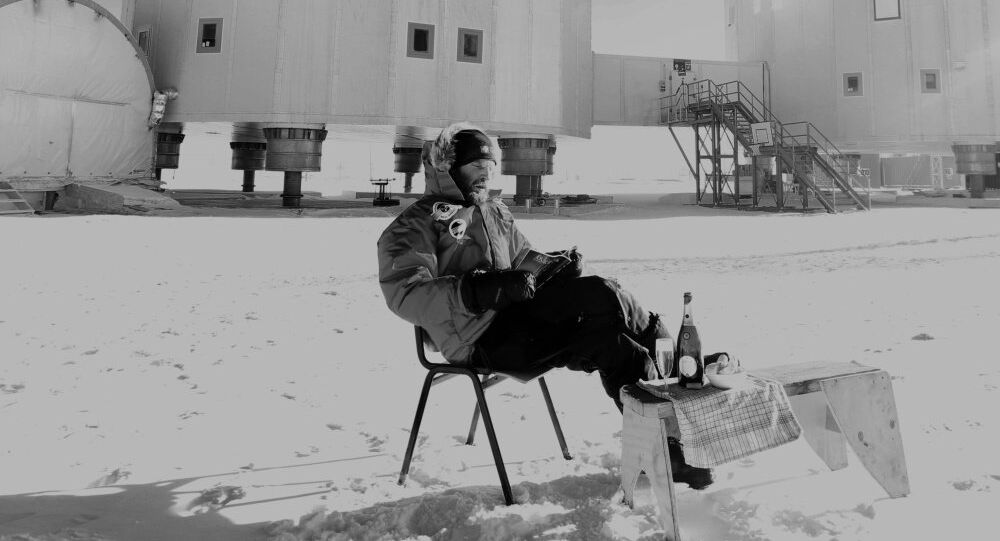 The European Space Agency (ESA) has devised a new system to study the effects of space travel on the human mind and body, and this involves sending a doctor to live in Antarctica for one year.

Dutch family doctor Floris van den Berg is going to spend twelve months in Antarctica's Concordia Research Station, an isolated French-Italian research base where temperatures often drop below —76C, and the amount of oxygen in the air is about one third of that found at sea level (the station has an altitude of more than 3,200 meters.)

It is also quite isolated: over 560 kilometers from the nearest human base. So isolated in fact, that the station has been named "White Mars" by its residents.

All these features make the Concordia rather similar to what astronauts could face during deep space travel: isolation, cold, lack of oxygen for long periods of time — even during a trip to a relatively "near" destinations, like Mars, which would take at least eight months.

That is why van den Berg was shipped to Antarctica — the doctor is going to perform some specific tests on the crew living in the station, in order to get a better understanding of the psychological and physical effects of traveling in space or at least of spending time in a place that is eerily similar to space.

Motherboard reports that Van den Berg will teach the station's crew how to pilot a Soyuz spacecraft, which is currently used by astronauts who fly to the International Space Station. By means of a simplified simulator, half of the crew will receive piloting training every month, while the other half will get just a training session every three months.

© Photo : ESA/IPEV/PNRA–B. Healey
Concordia research station in Antarctica is a place of extremes. In winter no sunlight is seen for four months.

The point of the experiment is understanding how the ability to pilot a spacecraft fades over time: as future space travelers spend longer periods of time in their crafts — without actually touching the dashboard — it is important that they remember how to land the spaceship once they have arrived at their destination.

"The idea is, if you send people to Mars and they're going to be in a spaceship for six to nine months they'll probably get a bit bored, but when they arrive at Mars they have to be quite focused on how to land the Mars lander," doctor van den Berg explained to Motherboard.

Heroic Saga of Antarctica: The Beauty of Emptiness and Cold