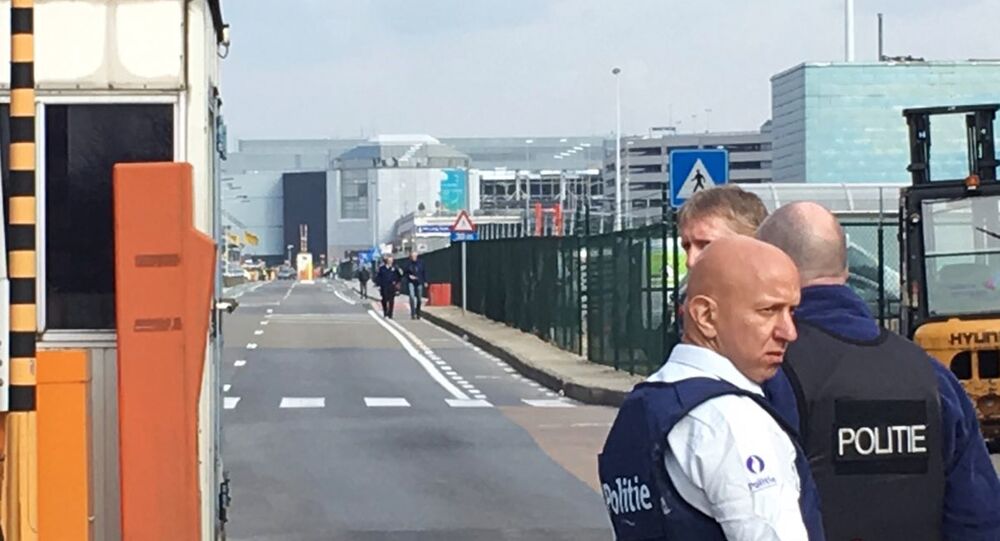 Three of the missionaries, US citizens, were in the proximity of the explosion at Brussels airport when it occurred and have been hospitalized, according to the Church of Jesus Christ of Latter-day Saints.

© Wikipedia /
US Rail Corporation Deploys Additional Security After Brussels Attacks
WASHINGTON (Sputnik) — Three US citizens, serving as Mormon missionaries in Paris, have sustained serious injuries in an explosion at Brussels airport, the Church of Jesus Christ of Latter-day Saints said in a press release on Tuesday.

"Three of the missionaries were in the proximity of the explosion when it occurred and have been hospitalized," the release stated.

© AP Photo / Virginia Mayo
Belgian Saint-Pierre Hospital Says Treating 15 Victims of Brussels Blasts
The church added that the three injured missionaries are Richard Norby, Joseph Empey and Mason Wells from Utah. According to the release, they were accompanying a fourth person, Sister Fanny Rachel Clain, who was on her way to Ohio.

"All missionaries in the France Paris Mission have been asked to remain in their apartments," the press release added.

On Tuesday, two bomb explosions at the Brussels Airport departure hall left at least 14 people killed, while a blast in the central Brussels Maelbeek metro station killed 20. According to the latest reports, almost 200 people were injured in the attacks.