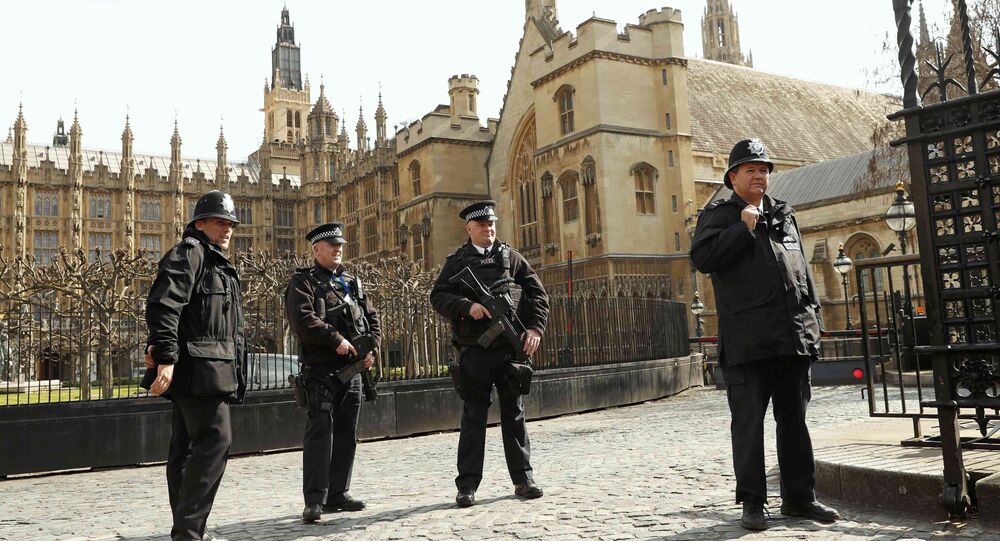 UK Prime Minister David Cameron said that he made sure the United Kingdom offered every support to the Belgian security forces and stressed that the safety measures inside the country had been reinforced as well.

MOSCOW(Sputnik) — The terrorist attacks in Brussels could happen anywhere in Europe and should be followed by a united European anti-terrorist response, UK Prime Minister David Cameron said Tuesday.

"These are appalling and savage terrorist attacks and I've just spoken to the prime minister of Belgium to give our sympathies and our condolences to the Belgian people. We absolutely stand with them at this very difficult time. These were attacks in Belgium but they could just as well be attacks in Britain or in France or Germany, or elsewhere in Europe and we need to stand together against these appalling terrorists and make sure they can never win," Cameron said after an emergency meeting of Britain's Cobra security committee.

© REUTERS / Francois Lenoir
Daesh Claims Responsibility for Brussels Attacks
Cameron added that he made sure the United Kingdom offered every support to the Belgian security forces and stressed that the safety measures inside the country had been reinforced as well.

A series of blasts hit the Brussels Zaventem airport and a city metro station, killing at least 34 people and injuring over 150 others. The Belgian authorities are considering the explosions part of a coordinated terrorist attack.