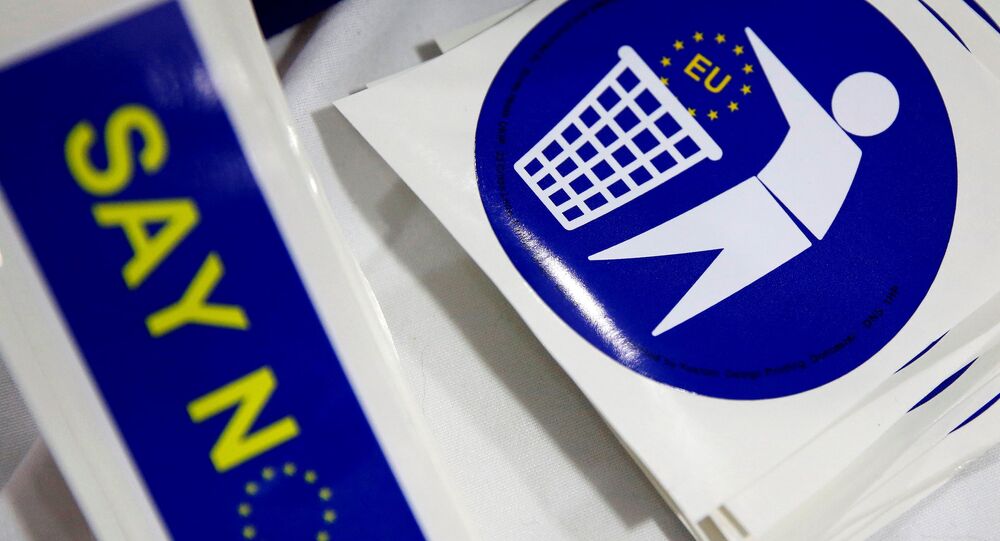 Before the total number of deaths had been counted the pro-Brexit brigade in Britain, led by the UK Independence Party (UKIP), used the terrorist attacks in Brussels as an exercise in political point scoring.

UKIP defense spokesman Mike Hookem declared the European Union's freedom of movement rules as being responsible for the explosions at Zaventem airport and Maalbeek metro station.

"This horrific act of terrorism shows that Schengen free movement and lax border controls are a threat to our security," read a press release issued within hours of the two explosions at Brussels airport and a bomb attack on a metro station.

Isis boasted that they would "flood" the continent with jihadis. We see that impact today in Brussels.

UKIP leader Nigel Farage said he was "upset" by the events in Brussels "and even more depressed for the future," before re-tweeting a message posted by newspaper columnist and Brexit supporter Allison Pearson.

Brussels, de facto capital of the EU, is also the jihadist capital of Europe. And the Remainers dare to say we're safer in the EU! #Brexit

Other anti-European Union campaigners, along with UKIP, have linked the events in Belgium with Europe's freedom of movement rules — and calls for them to be abolished.

"How many attacks must we have for them to takes necessary and urgent measures to stop immigration and end Schengen?"

France's Interior Minister, Bernard Cazeneuve has announced the deployment of 1,600 additional police and troops on the country's borders, railway stations and airports, to strengthen the controls within the Schengen zone to stem the trafficking of arms and explosives, suggesting that the EU's freedom of movement principle must be addressed.

"Access to public areas of transport infrastructure will be reserved for people with a ticket and ID," Cazeneuve said adding that travelers would be susceptible to body searchers.

UKIP and other anti-EU campaigners have been criticized for using the attacks to push their Brexit rhetoric forward by claiming freedom of movement was to blame for the latest terrorist attacks in Belgium. Comments Britain's Prime Minister David Cameron called "inappropriate."

I'm very upset by events in Brussels today and even more depressed for the future.

In a statement following an emergency meeting in Whitehall, David Cameron said he was "appalled and saddened" by the attacks in Brussels adding that:

"It's not appropriate to make any of those remarks," in reference to the statement made by UKIP's defense spokesman Mike Hookem.

"What we should be doing today is expressing our condolences. Today is a day for sympathy and enhancing our own security and offering our help to the Belgium authorities."

According to media reports in Belgium, at least 34 people have been killed at Zaventem airport and Maalbeek metro station.

Over 150 Injured in Brussels Attacks: 73 in Metro Blast and 81 at Airport