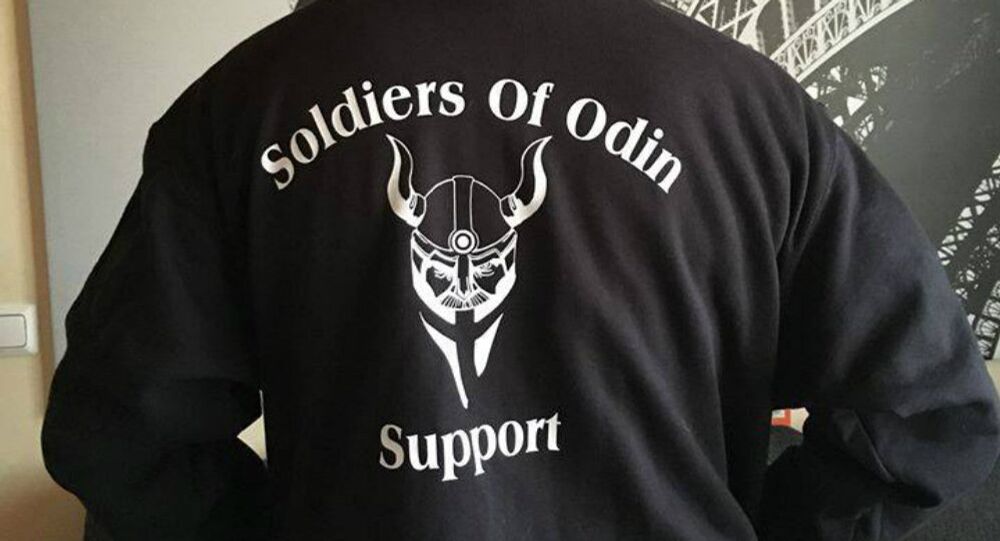 The far-right militia group Soldiers of Odin, which was established last fall in the town of Kemi in northern Finland, has branched out after exploding in popularity on Facebook, and is now patrolling streets of neighboring Sweden.

© REUTERS / Minna Raitavuo/Lehtikuva
Refugee Fears Bring Anti-Immigrant 'Soldiers Of Odin' to Finnish Streets
Recently, the black-clad Soldiers of Odin, who have evoked mixed feelings in their home country Finland, have been spotted in parts of Sweden, including the streets of Stockholm, its capital. According to the magazine Expo, the network is supposed to have at least 17 local Facebook groups in Sweden alone. Last weekend, the Soldiers of Odin made their first appearance in the province of Dalarna, where they are patrolling the towns of Borlange, Hedemora and Säter, reports Dagens Nyheter.

According to Roland Nerpin of the Dalarna police force, the authorities are keeping an eye on the "soldiers," who had been condemned by the liberal Swedish press as white supremacist neo-Nazis.

The group's spokesman in Sweden, Mikael Johansson, rejected the allegations and accusations of Nazism in an interview with the Dalarna newspaper Avesta Tidning, claiming group's top priority was to ensure the safety of citizens.

"Violent crime is rampaging, while police resources are on the decline. Before they get together any more resources, we help them the best we can," argued Mikael Johansson, denying allegations that the group members bear melee weapons when on patrol.

The way the Soldiers of Odin operates has been earlier compared to motorcycle gangs. "It is structured in a somewhat similar way. We want to get in the right kind of people, but we do not want to usher in right-wing guys who think they can go out and fight in the streets," said Mikael Johansson.

​"There are about 100 full-time members, but we have a lot people willing to join and nearly 5,000 supporters," said Mikael Johansson.

The anti-refugee group "Soldiers Of Odin," who derive their name from a Norse god, have been, by their own admission, patrolling the streets of Finnish cities 24/7 since September 2015. In 2016, far right militia groups under the same banner have been founded in Norway and Estonia.

Anti-immigrant and anti-Islamist sentiment have been on the rise in Europe, where governments are struggling with an unprecedented wave of asylum seekers, which among other things have aggravated crime rates, as well as contributed to a growing sense of insecurity.