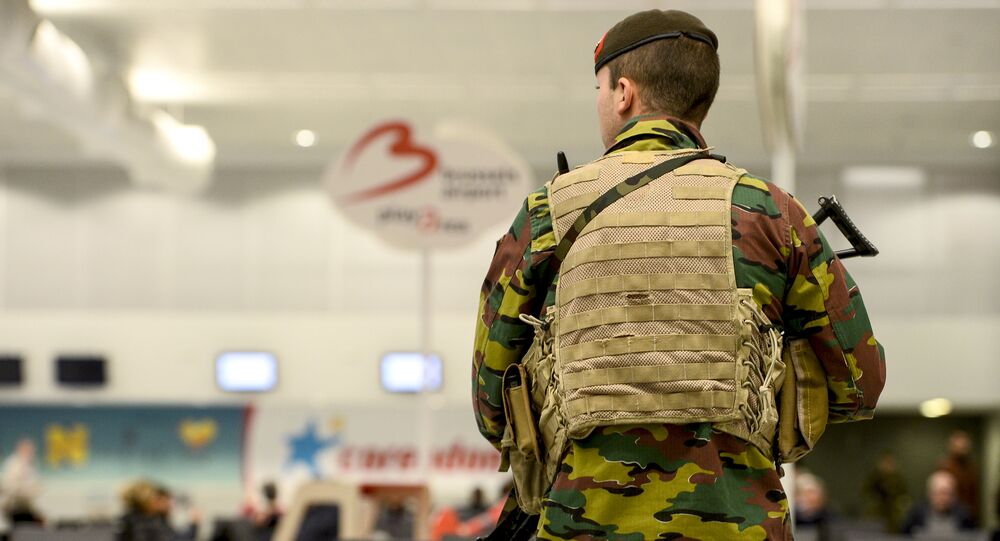 Air hubs across Western Europe stepped up security measures amid attacks in Brussels, although across-the-board measures have yet to be introduced outside of Belgium, France and the Netherlands.

Airports across Europe stepped up security after attacks in Belgium, which took the lives of at least 13 people, according to local media.

© REUTERS / Francois Lenoir
Twin Explosions Hit Brussels Airport: 13 Dead, 35 Injured
Blasts at the Brussels airport led to its closure and flights were rerouted to other Belgian cities, which also stepped up security after the attacks.

Despite changes in airport security at London's Heathrow and Gatwick airports, the United Kingdom's Home Office told Sputnik that across-the-board security measures have yet to be introduced. France boosted transport security, while President Francois Hollande is holding an emergency meeting to discuss further measures.

The blasts came several days after Belgian police arrested Salah Abdeslam, the top suspect in the 2015 Paris attacks, which took the lives of 130 people.

Anti-Crisis Center to Be Opened in Brussels After Airport Blasts