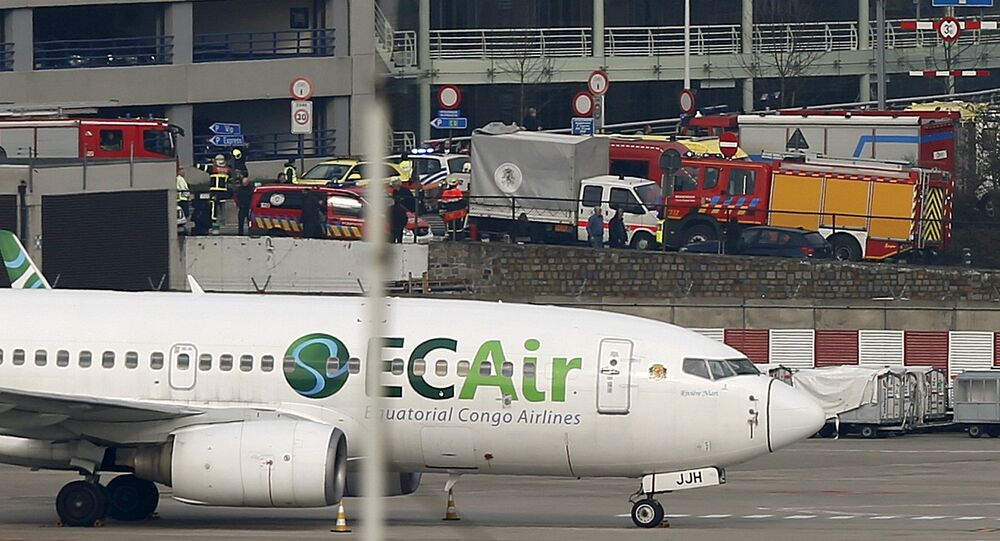 Two explosions occured at Zaventem airport in Brussels, at least 13 people were killed and 35 were injured, Belgian media report.

There have been 2 explosions at the airport. Building is being evacuated. Don't come to the airport area.

At least 13 people were killed and 35 were injured, Belgian media report.

​​Eyewitnesses said the explosion occurred in the departure hall shortly before 8 am local time.

Brussels police told Sputnik on Tuesday that it was the Zaventem airport's great hall that was struck by explosions earlier in the day, but could not confirm the number of victims.

“There was an explosion, but we cannot say more," a police spokesperson said.

"It is an explosion in the great hall of the airport," the spokesperson added, refraining from specifying the number of possible injuries or casualties.

Explosion at Zaventem airport in #Brussels, airport Being evacuated now via @News_Executive pic.twitter.com/bbxQF7y36k

Shooting was first heard in the departures area of the airport, then someone shouted something in Arabic. The airport was then rocked by two explosions.

All entrances to the Brussels airport have been closed following two explosions at the departure hall, and both rail and car traffic has been suspended, an airport spokesperson Tuesday.

"All entrances to the airport have been closed, we are evacuating people from the departure hall. All means to reach the area, both by train and car, have been suspended. There is no way to enter the airport," the spokesperson told RIA Novosti.

​All flights to the Zaventem airport in Brussels have been canceled following two explosions, local RTBF broadcaster reported Tuesday. All train traffic to the area has reportedly also been suspended.

​The cause of the explosions was not immediately clear.