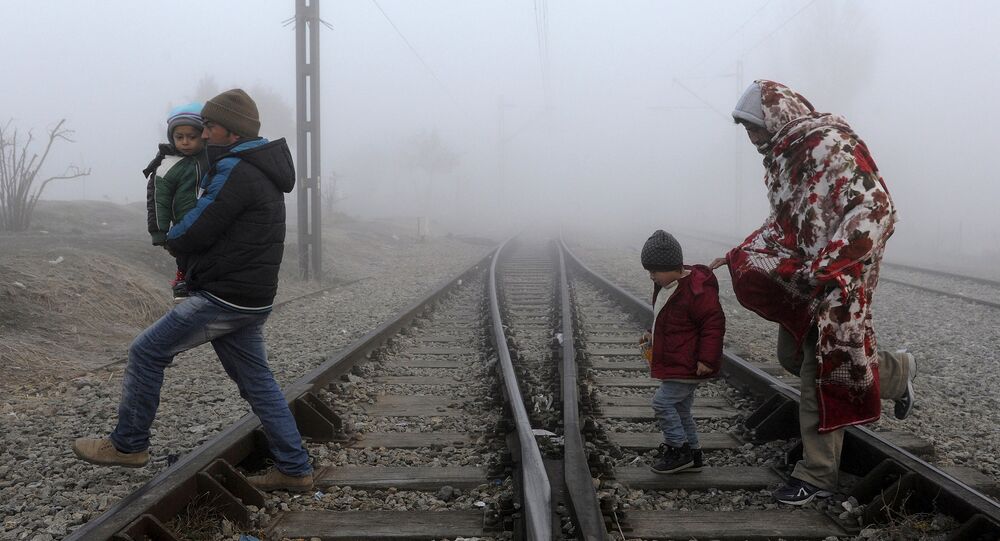 Dan Tyler, an advocacy officer with the Norwegian Refugee Council (NRC) said that the refugees continue to arrive to the European Union, but plans for how to receive them and how the so-called hotspots should function are not ready yet.

© REUTERS / Michalis Karagiannis
Pace of EU-Turkey Refugee Deal Enactment Too Fast for Greek Gov't to Respond
MOSCOW (Sputnik), Alexander Mosesov — The lack of information being provided both to refugees arriving to Europe via Greece and to services on the ground about the EU-Turkey migrants agreement is a major concern, an advocacy officer with the Norwegian Refugee Council (NRC) on the Greek island of Chios told Sputnik on Monday.

Earlier in the day, media outlets reported that at least 875 migrants had arrived in Greece in the last 24 hours despite the EU-Turkey agreement stating that all undocumented migrants who crossed by land or sea from Turkey toward Greece would be automatically returned.

"The lack of clear information being provided to the arriving refugees, and an understanding amongst the humanitarian response actors about the new arrangements, is a major concern," Dan Tyler said.

According to Tyler, another concern is that the refugees continue to arrive but plans for how to receive them and how the so-called hotspots should function are not ready yet.

© REUTERS / Stoyan Nenov
Over 50,000 Refugees Stuck in Greece Amid West Balkan Route Closure
Last week, Brussels and Ankara struck a deal under which all migrants who arrive illegally through the Turkish border to Greece, starting from March 20, will be returned to Turkey. In exchange, the European Union will resettle thousands of Syrian refugees directly from Turkey.

Under the agreement, the European Union is expected to accelerate Turkey's bid to join the union and introduce a visa-free regime between Turkey and Europe, as well as granting a total of 3 billion euros (over $3.3 billion) to Turkey to help it provide for refugees on its soil. An additional 3 billion euro in assistance to Ankara may be given by 2018.