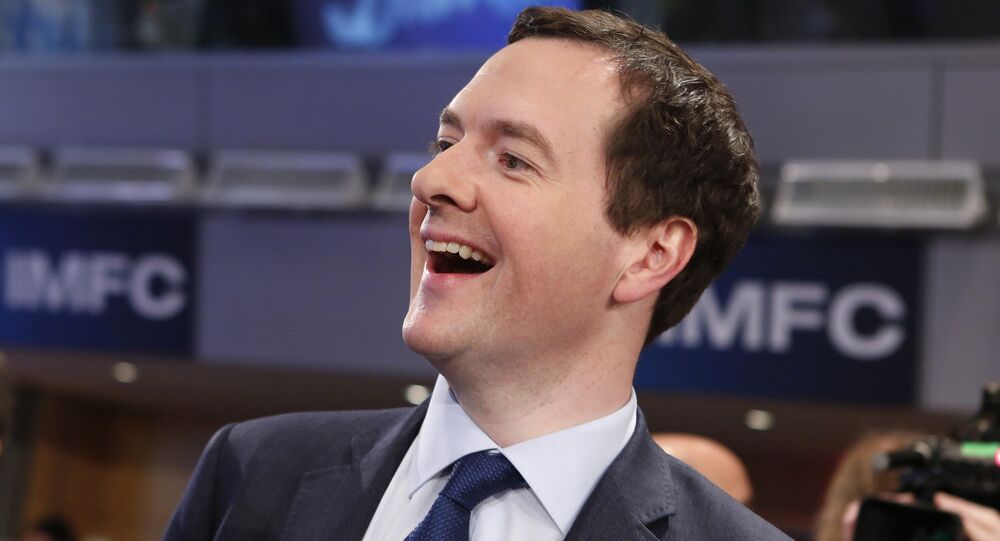 British Labour Party leader Jeremy Corbyn called on Chancellor of the Exchequer George Osborne to step down over his alleged failure to properly calculate the state budget, following a row of resignations triggered by Osborne's proposal to cut disability benefits.

© REUTERS / UK Parliament
UK Chancellor Osborne Unveils Plans to Cut Government Spending by $4.9Bln
MOSCOW (Sputnik) – On March 16, Osborne unveiled his plan to cut billions in welfare benefits for the disabled to narrow the deficit in the 2016 budget. Following the announcement, Work and Pensions Secretary Iain Duncan Smith resigned in protest at the plan.

"Indeed. He has to consider his position," Corbyn said, when asked if he felt Osborne should resign, as quoted by the Sky News broadcaster.

According to Corbyn, "George Osborne should be explaining what his Budget now is," as his plan to cut support programs for the disabled has "unravelled."

Duncan Smith's successor, Stephen Crabb, is set to officially announce the abandonment of the controversial cuts to disability benefit payments later on Monday.