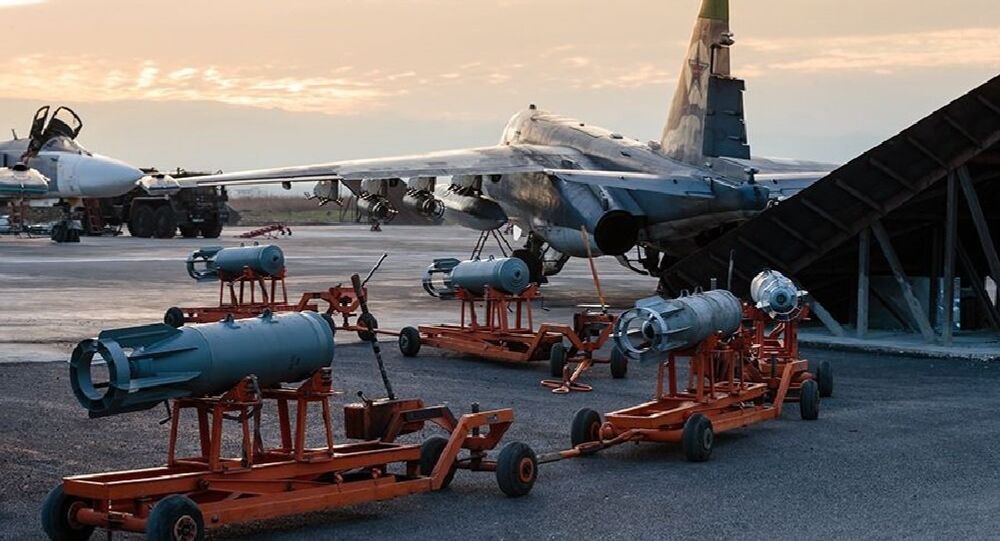 A spokesman for the Russian Embassy in London made a statement concerning Russian military campaign in Syria.

MOSCOW (Sputnik) — A spokesman for the Russian Embassy in London responded on Monday to an article in the Financial Times newspaper which criticized Russia’s anti-terrorist campaign in Syria, arguing that the article presented a lopsided view on the issue.

"In your criticism of Russia’s policy in Syria ('Putin’s hollow victory in the Syrian killing fields', editorial, March 17) you ignore the key fact that our military intervention helped establish the International Syria Support Group, embracing all the players, including Britain, Turkey and Iran, and launch intra-Syrian talks in Geneva, with a ceasefire holding on the ground," Konstantin Shlykov said in a letter to the newspaper.

The article published last week claimed that Russia’s campaign in Syria had resulted in "two big failures," namely withdrawing forces while the Daesh (IS) terrorist group still occupies large swaths of Syrian territory and failing to change the "fundamental divisions" on the ground.

"It seems that a fundamental flaw of your logic is represented by the unwillingness to factor in the plain fact that the Syrians are tired of war and long for peace," Shlykov added.

© Sputnik / Ramil Sitdikov
Russia to Continue Providing Military and Intelligence Support to Syria - Putin (VIDEO)
On February 22, Russia and the United States reached an agreement on a ceasefire in Syria, which took effect at midnight on February 27. The ceasefire does not apply to terrorist organizations, such as the IS, outlawed both in Russia and the United States, as well as other countries.