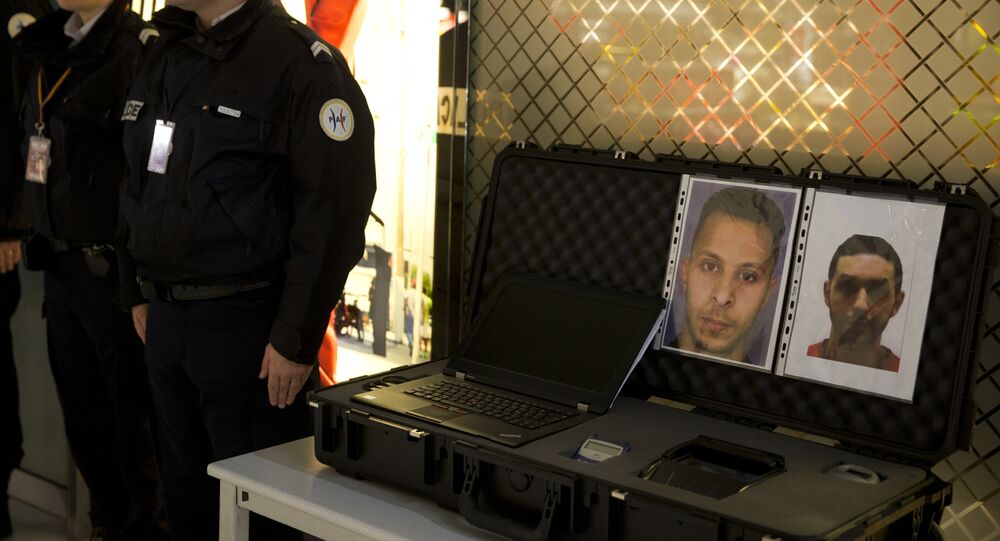 Paris attacks suspect Salah Abdeslam has been charged with "terrorist murder and participation in a terrorist group," according to Belgian prosecutors.

© REUTERS / Police Nationale/Handout
Who is Salah Abdeslam? Closer Look at Europe’s Most Wanted Man
Abdeslam appeared before a Belgian court earlier in the day. He is wanted in France for helping organize and carry out the deadly November 13 terror attacks, which were claimed by Daesh terrorist group.

He was arrested on Friday during a raid by Belgian police in the Brussels district of Molenbeek, after a four-month manhunt.

A second man detained with Abdeslam, who had been identified as Monir Ahmed Alaaj alias Amine Choukri (both names appear on fake documents, according to investigators) has also been charged. A third man, who was also detained Friday, was charged with being part of a terrorist group and aiding criminals.

Earlier in the day, French President Francois Hollande said that Paris would ask for Abdeslam's quick extradition from Belgium to France as he is a French citizen.