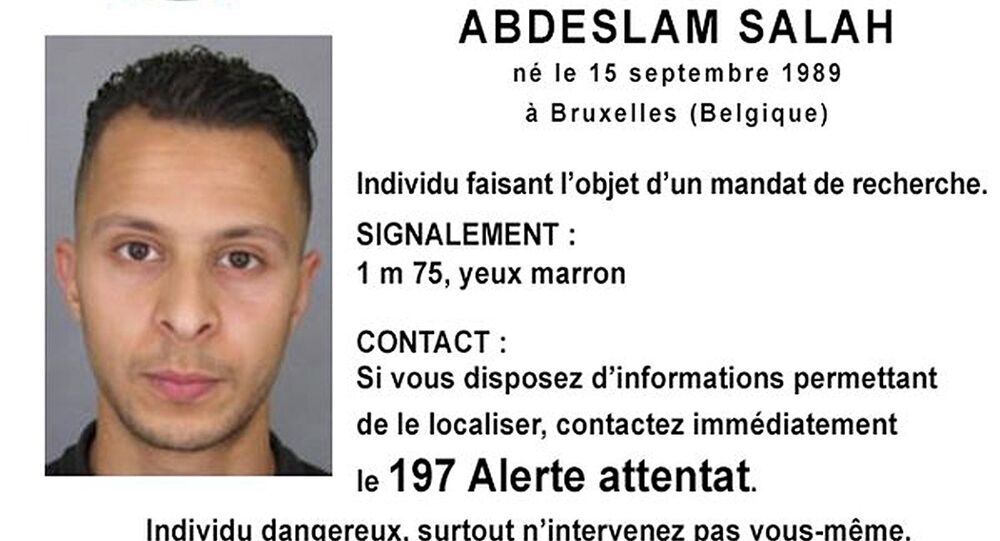 Who is Salah Abdeslam? Closer Look at Europe’s Most Wanted Man

The mastermind of the Paris attacks, Salah Abdeslam, was caught alive on Friday, following a large-scale anti-terror raid in Brussels. While everyone knows he was behind the Paris terrorist attacks last November, not much is not known about Europe’s most wanted terrorist. Sputnik fills the void.

Abdeslam was born in Brussels on September 15, 1989 in a family of Moroccan immigrants. Salah had two brothers, one of whom, Ibrahim, was also involved in the Paris attacks as a suicide bomber at the Stade de France. The second brother wasn't involved in the attacks.

While growing up in the Molenbeek neighborhood of Brussels, Europe's public enemy #1 enjoyed playing football with other boys in the area and was interested in motorbikes.

Although Salah is a radical Muslim extremist who had connections with Daesh, he drank alcohol and frequented one of Brussels' gay bars, where he "flirted with other men," according to the Sunday Times.

© REUTERS / Francois Lenoir
Paris Attacks Mastermind Caught Alive in Brussels Anti-Terror Raid (VIDEO)
Between 2009 and 2014, Abdeslam worked as a mechanic at the Brussels Intercommunal Transport Company. He apparently wasn't the most responsible employee, as reports said that Abdeslam was fired from the company for repeated absences.

Abdeslam was in Syria where he was involved in military action. He returned to Belgium sometime in 2014.

Prior to the Paris attacks, the young man was known to local police for a series of crimes — Abdeslam was imprisoned for armed robbery charges in 2010, breaking and entering in 2011 and possession of illegal substances in the spring of 2015.

The French police say Abdeslam played a key role in the organization of the Paris terrorist attacks last November that killed 130 people. Prior to the attacks, Abdeslam was responsible for logistics for the group of terrorists by hiring cars, hotel rooms and driving the attackers himself to the sites where the attacks took place.