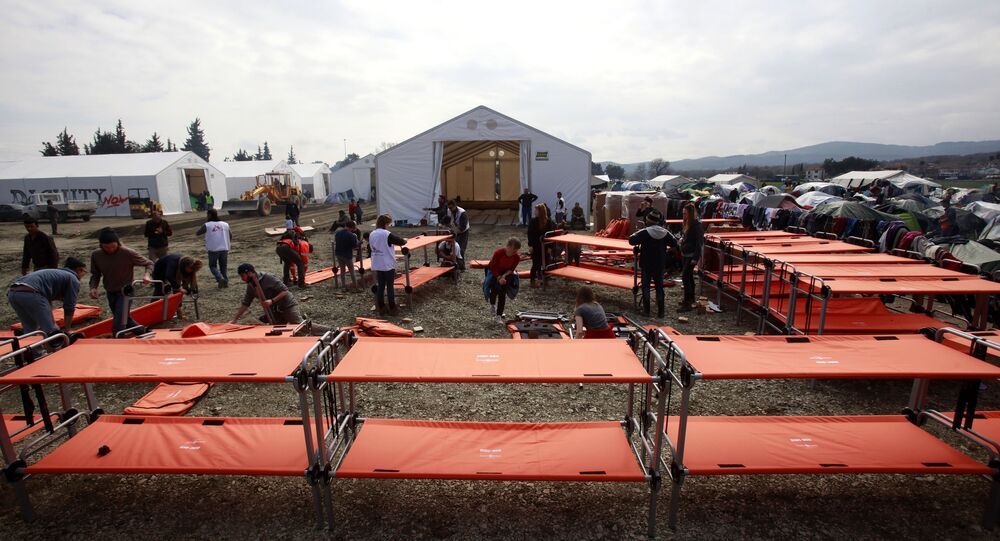 The Greek interior minister compared a refugee camp in the town of Idomeni with the Dachau concentration camp in terms of living conditions.

© AFP 2021 / JONATHAN NACKSTRAND
Walking in Their Shoes: Norway Sets Fake Refugee Camps for Kids
MOSCOW (Sputnik) — Greece's Interior Minister Panagiotis Kouroumplis visited on Friday a refugee camp in the town of Idomeni near the border with Macedonia and compared the living conditions there to those in the Dachau concentration camp, operated by the Nazis in Germany during World War II.

"I do not hesitate to say that this is a modern Dachau," Kouroumplis told journalists, adding that the refugees there are suffering as a result of some European countries' decisions to close their borders.

Daily Life on Alien Soil: A Look at Refugee Camps on Syria's Perimeter