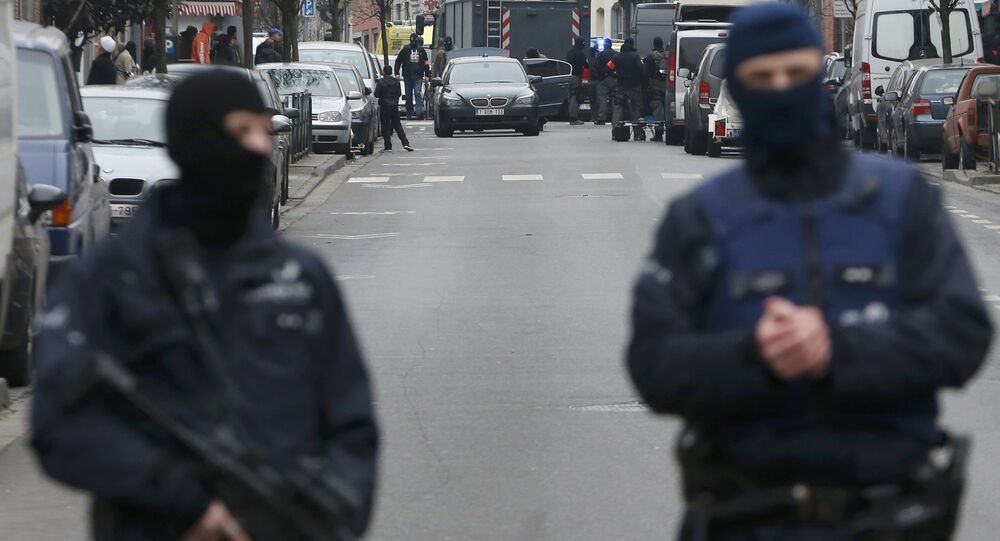 Earlier, it was reported that Abdeslam was injured and holed up during an anti-terror raid in Brussels.

Minutes earlier, the network cited counterterrorism expert Claude Moniquet as saying Abdeslam was detained. He is thought to have rented a car used by the shooters at one of the November 13, 2015, Paris attack sites.

A large-scale counterterrorist operation commenced in the northwestern suburb of Molenbeek on Friday. Belgium's media outlets cited witness accounts of grenades being used.

The Belgian secretary of state for asylum and migration, Theo Francken, has confirmed that Abdeslam had been arrested. "We got him," the minister said.

Abdeslam has been at large following a string of near-simultaneous terror attacks in the French capital on November 13. The man reportedly had second thoughts about blowing up his suicide belt and fled Paris together with two accomplices.

French President Francois Hollande has confirmed on Friday that the anti-terror operation in Brussels is connected to Paris attacks.

Earlier this week, special forces in Brussels killed Mohamed Belkaid during an anti-terrorist raid, which was linked to the investigation into the November Paris attacks. The suspect was shot as he was trying to fire at police.

© REUTERS / Yves Herman
Suspect Killed by Brussels Police Volunteered to Be Daesh Suicide Bomber
Belgian police have been conducting anti-terror raids since a series of terrorist attacks in Paris claimed the lives of some 130 people on November 13. Daesh terrorist group claimed responsibility for the attacks.

A dozen of gunshots rang out in Molenbeek outside the house that was raided in the afternoon, VTM said. Residents were reportedly urged to come out with their hands up.

Why Brussels Ready to Gift Visa-Free Regime to Georgia