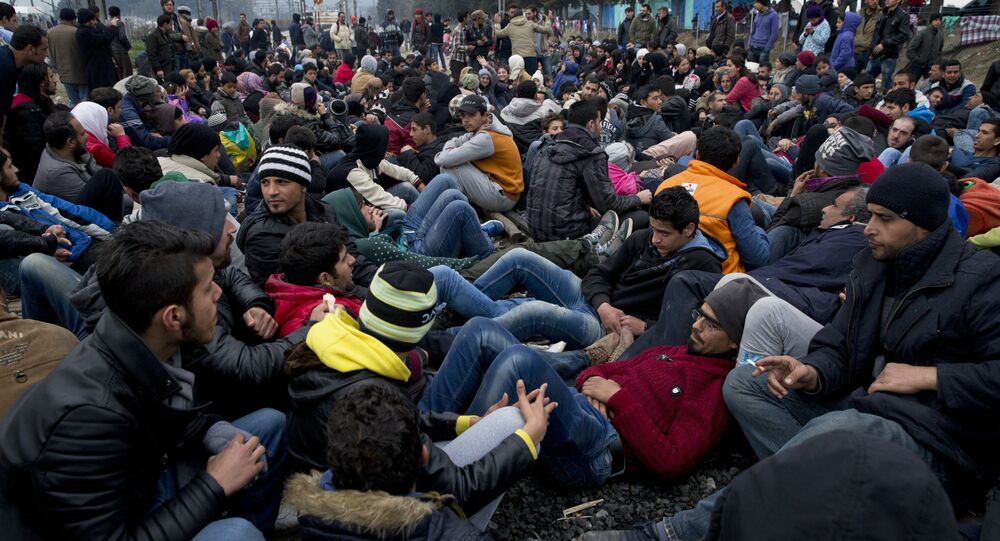 European Union (EU) and Turkish officials are attempting to halt the influx of migrants arriving on Europe’s southeastern border in Greece, which accounted for half of more than the 1.8 million people fleeing conflict and economic collapse last year, according to a report by the Pew Research Center released on Friday.

WASHINGTON (Sputnik) — Should the EU and Turkey succeed, the report pointed out, "some have predicted other routes may open or existing routes may become more popular as migrants in the Middle East, Africa and Asia continue to make attempts to enter Europe."

Nearly 900,000 migrants took the Eastern Mediterranean sea route from Turkey to EU member Greece, and onto Macedonia and Serbia along the Balkan route to enter EU member states such as Austria and Germany, as traffic on routes from Morocco also gained popularity, according to the report.

© AFP 2021 / Sakis Mitrolidis
Austria Helping Macedonia Lock Down Migrants in Greece
The report used figures collected by Frontex, the agency responsible for coordinating the security of EU land and sea borders. The 1.8 million migrants for 2015 was the highest number since Frontex began collecting data a decade ago.

The once-popular central Mediterranean route leading from Libya to Malta or the Italian island of Lampedusa actually saw a small decrease last year in the flow of asylum seekers.

As illegal migration to Europe rises, a look at the land & sea routes being used https://t.co/ue1tqHgy0H pic.twitter.com/E2hTSyXqwc

​Land routes also began to open, with some Syrians bicycling into Norway by routes along the Arctic Circle, the report said.

Macedonia, a nation of 2.1 million, has more recently closed its border with Greece to incoming migrants after countries along the Balkan migration route closed theirs, including Serbia, Hungary, Croatia, Slovenia and Austria. EU officials had previously suggested building migrant camps in Macedonia for up to 1 million people.