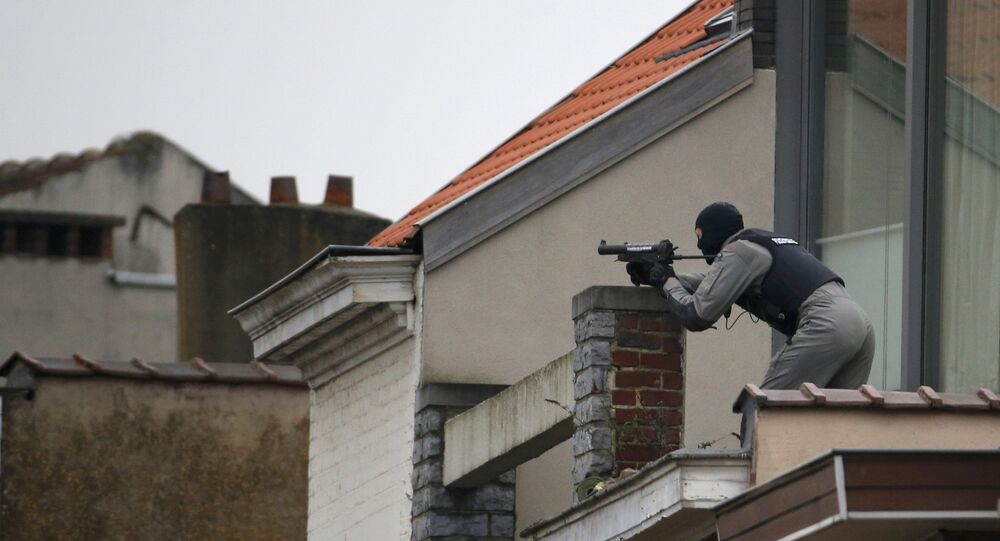 An Algerian terrorist suspect, who was killed recently by Belgian police, was a member of Daesh and had volunteered to be a suicide bomber, media reported.

BRUSSELS (Sputnik) — Earlier this week, special forces in Brussels killed Mohamed Belkaid during an anti-terrorist raid, which was linked to the investigation into the November Paris attacks. The suspect was shot as he was trying to fire at police.

© AP Photo / DIRK WAEM / Belga
Suspect Killed in Brussels Raid Linked to Paris Terror Attacks
According to the broadcaster Sky News, citing Daesh membership documents that it obtained, Belkaid joined Daesh in 2014 and had engaged in fighting in Syria before volunteering to be a suicide bomber.

Belkaid, who was living in Belgium illegally, was given the nom-de-guerre of Abu Abdulaziz al Jazairi while fighting in Syria alongside extremists, the broadcaster reported on Thursday.

Belgian police have been conducting anti-terror raids since a series of terrorist attacks in Paris claimed the lives of some 130 people on November 13. Daesh, which is outlawed in Russia and many other countries, claimed responsibility for the attacks.