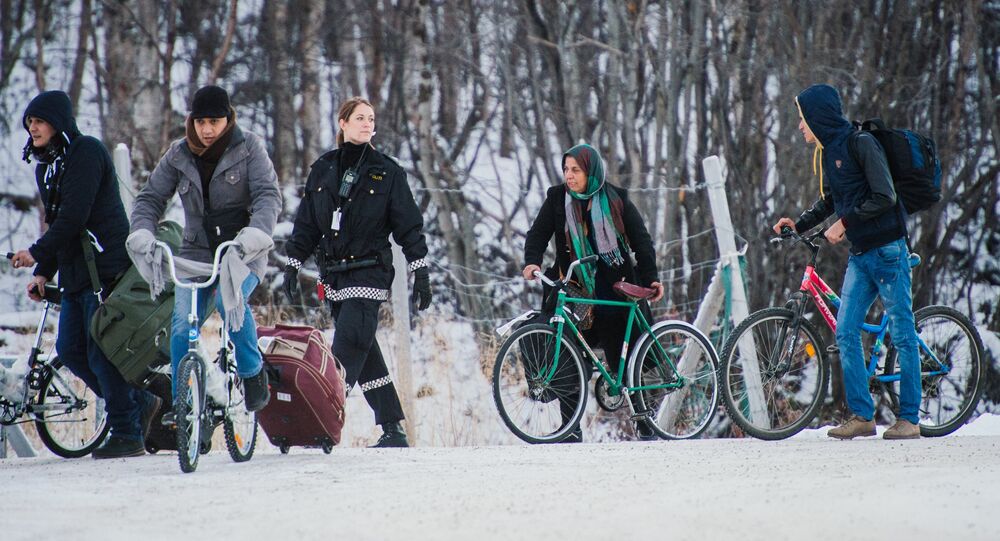 Amid the ongoing migrant crisis in Europe, Norway has fallen under the media spotlight for organizing fake refugee camps for children to recreate the experience of being a refugee, according to the Local.

It might come as a surprise to some, considering Norway faced criticism for accepting a low number of asylum-seekers and even deporting some refugees. But one thing is certain — the Refugee Norway organization, which recreates the experience of living in a refugee camp for Norwegian teenagers, is doing everything to make sure Norwegian teenagers learn a thing or two about the lives of refugees.

"The camp is supposed to give the teens a small insight and a feeling of how it is to be a refugee," said Kenneth Johansen, director of Refugee Norway, as quoted by the Washington Post.

© Flickr / ser_is_snarkish
Norway Renews Deportation of Refugees to Russia - Immigration Service
The organization creates an authentic atmosphere: participants are given little food, must sleep in crowded residences, all their electronic devices are confiscated and their imaginary refugee camp gets "attacked" in the middle of a night, so teenagers are forced to change locations amid freezing temperatures during their mock journey from Africa to Norway.

"If you read about refugees, you'll remember about 20 percent," Johansen said, according to the Local. "And if you experience it, you'll remember 80 percent. You will learn it for the rest of your life."

Since the idea was introduced in 2004, around 80,000 Norwegian teenagers have experienced a refugee life for a day.

The organization hopes that even one day living as a refugee would change teenagers' perspective on the world and show them how lucky they are to live in a peaceful country, like Norway. Furthermore, the participation in the refugee camp program has changed minds and made Norwegian youngsters understand more aspects around refugees, the director of Refugee Norway explained.

Meanwhile Europe is facing a major refugee crisis as hundreds of thousands of people, a large portion of whom are from Syria, arrive in the European Union, fleeing violence and poverty in their home countries.