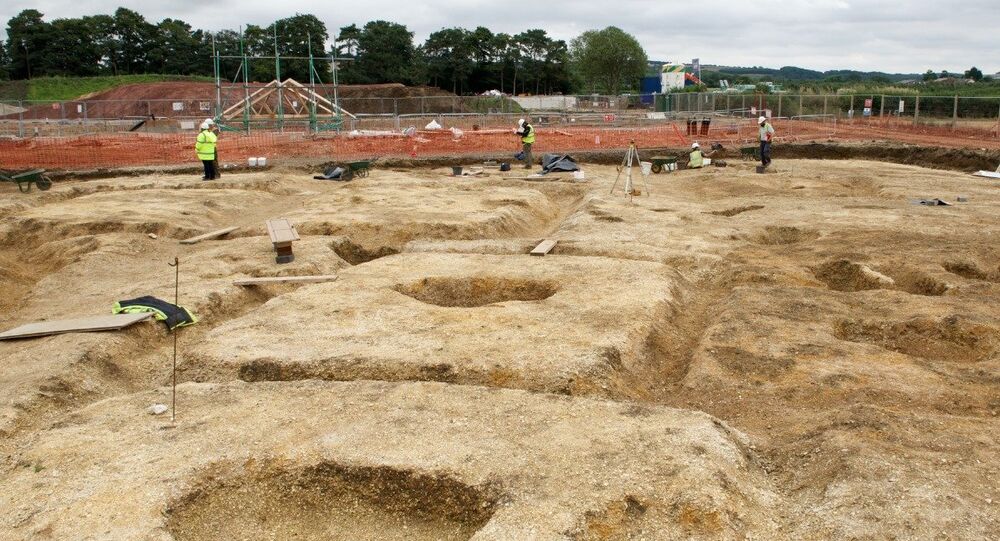 An ancient burial ground discovered on a new housing development in the UK could hold the key to what life was like in the Iron Age.

Archeologists had to be called in after a property developer discovered the settlement in north Yorkshire as construction workers began building new homes.

Tools were downed and now the new homes face years of delay while archaeologists analyze the site — the largest study of the Iron Age and its population for 35 years.

"It will take several years to complete this work but as assessment report will be produced within six months of completion of the site, which will reveal further details," Peter Morris from property developers David Wilson Homes.

The site in Pocklington, according to experts, is of national and international archaeological importance after 75 small burial mounds were discovered, including human remains, jewelry and weapons dating back 2,000 years.

And even a groundbreaking archaeological discovery isn't immune from the nation's obsession with migrants, leading to claims the site in Pocklington could be "Britain's oldest migrant camp."

"These findings are of national significance and could help shape our understanding of the 'Arras Culture' and indeed the Iron Age as a whole," Morris said.

The Arras Culture is culture from the Middle Iron Age known to East Yorkshire. The name derives from the site where the burial ground was discovered at Arras Farm in the 19th century. It is defined by its burial rituals more commonly discovered in Europe.

The main aim of the study will be to determine whether the population were indigenous to Britain or had come from the continent, according to Paula Ware, spokeswomen for MAP Archaeological Practice.

"The analytical process will also reveal how those buried at the site died, what stresses the body had been placed in during their life span, whether or not they are related in any way, as well as potential DNA analysis," said Ware.