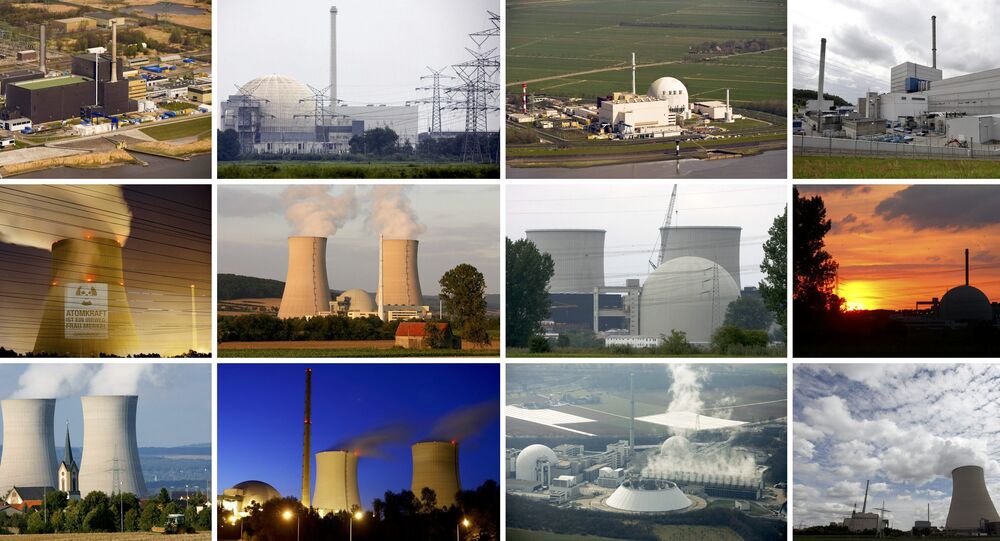 German energy companies E.ON, RWE and Vattenfall have begun legal action demanding compensation from the German Government for phasing out nuclear energy in the wake of the Fukushima disaster, leading to a loss of future profits.

Germany accelerated plans to close its nuclear power reactors amid a loss of international confidence in nuclear following the Fukushima disaster, in March 2011, when a magnitude nine earthquake set off a tsunami that hit the Fukushima Daiichi nuclear plant, resulting in the meltdown of three of the plant's six nuclear reactors.

On the road to recovery: 5 years of progress since #Fukushima Daiichi nuclear power plant accident https://t.co/Tp3LUkb64K

The government has ordered the closure of eight of the country's oldest nuclear power plants, while nine others have been ordered to close by 2022.

© REUTERS / Jacky Naegelen
Euro Lawmakers Call for End to 'Uneconomic' Nuclear Power
The companies are claiming US$21 billion damages for a loss of profits — for being deprived of an income stream from nuclear power plants — as well as damage cause by the move to renewables and a fall in the price of electricity.

'Overnight Deprivation of Assets Without Compensation'

The hearing before the First Senate of the Federal Constitutional Court will hear claims by the energy companies that the cancellation of the electricity volumes by government and the determination of fixed shutdown dates constitute an "expropriation of different protected interests falling within the scope of protection of the [German General Code].

"The complainants assert that the [amendment] is unconstitutional due to the lack of a compensation regime provided for by law. According to the complainants, the challenged Act does not meet the substantive requirements of the principle of proportionality and the principle of legitimate expectations. The amendment constitutes an unjustified interference with the scope of the freedom of occupation operators of nuclear power plants," court documents seen by Sputnik show.

"I have great faith in Germany's highest court. We paid our taxes, we paid our wages, we have done what every other company does with its investments."

Teyssen told the court that the decision was not political. "This is not… about whether you are for or against nuclear power. The question is simply: Do we have the right, overnight, to deprive people… of their assets without compensation?" he said.