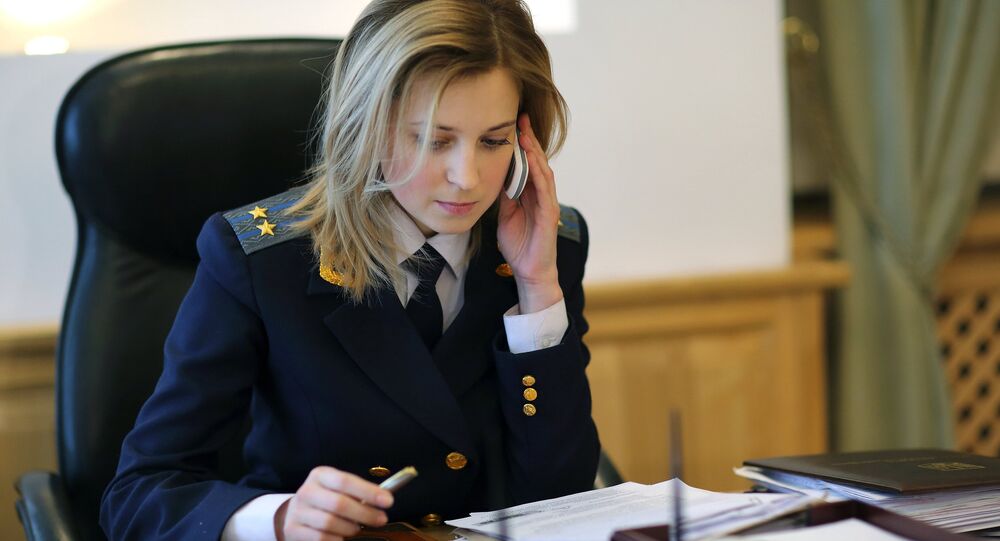 SIMFEROPOL (Sputnik) — The fact that the Ukrainian authorities failed to learn any lessons from the loss of Crimea is confirmed by their continuing policy of destroying their own people by starting a war in the southeast, Crimean Attorney General Natalia Poklonskaya said Wednesday.

© Sputnik / Vladimir Astapkovich
Now and Then: Crimea Referendum Anniversary
Exactly two years ago Crimea voted in a referendum to leave Ukraine and join Russia, refusing to recognize the legitimacy of the new authorities in Kiev following what they consider to have been a coup in February 2014.

"If they wanted to learn lessons, they wouldn't start a war in the southeast, deliberately dooming civilians to a certain death," Poklonskaya told RIA Novosti.

In April 2014, Kiev launched a military operation against militias in eastern Ukraine, seeking independence from the central government. The confrontation has claimed more than 9,100 lives, according to UN estimates.

In February 2015, Russia, Germany, France and Ukraine worked out a ceasefire agreement in Minsk to settle the Ukrainian conflict.

What a Wonderful World: Eye-Catching Bird's Eye Panorama of Crimea