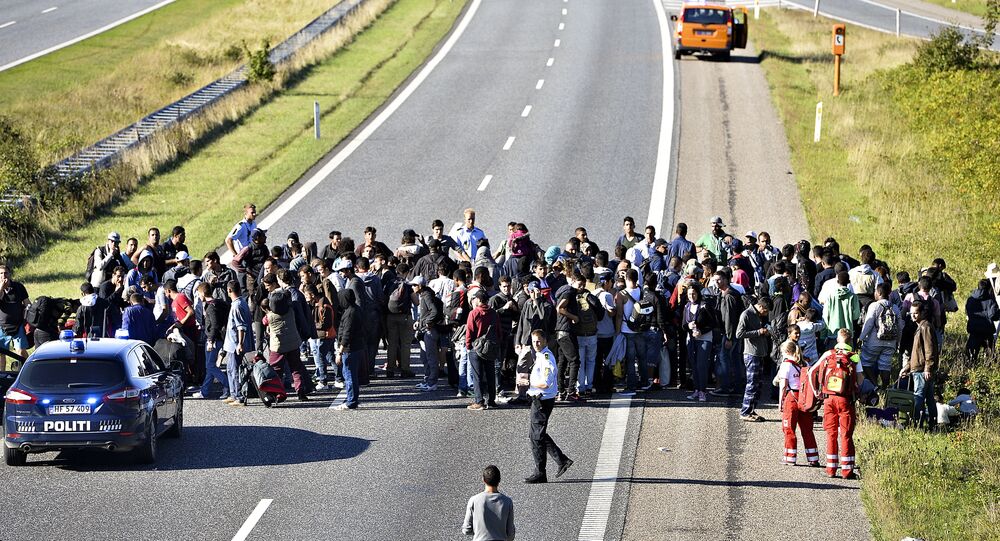 The Danish ambassador to Germany singled out the US for criticism for not taking more refugees, and said that Danes do not want more refugees than they already have.

© REUTERS / Asger Ladefoged/Scanpix Denmark/Files
Tough Legislation Allowed Denmark to Reduce Influx of Migrants
The Danish ambassador to Germany has said that his country does not want to accept more refugees, and criticized other western countries for so far failing to fulfil the promises they made to take asylum seekers.

Petersen added that he sees the resolution of the migrant crisis in a "common European approach," but that "that will be a difficult, very difficult path," and "Europe is split on the migration question."

He also expressed disquiet about the agreement the EU reached with Turkey to stem migration to Europe, and the prospects of Turkey fulfilling the necessary criteria for EU membership.

The renewal of talks on Turkey's accession to the EU was one of the political concessions to Ankara in return for cracking down on illegal migration and people smuggling.

"We need Turkey as a strategic partner and EU member on the condition, of course, that it can adhere to the Copenhagen criteria," Petersen said.

We have to make that happen, but how to do so is a big question."

Petersen also called on all Western countries to take joint responsibility for the migration crisis, and singled out the US for particular criticism.

"Obama promised to take 10,000 refugees, but still hasn’t taken them," he said, and added Britain, France, Spain, Italy and Poland to the list of countries that are reluctant to accept more refugees.

© AFP 2021 / Claus Fisker / Scanpix Denmark
Denmark Extends Control on Border With Germany for Another Month
Petersen's comments about Denmark's unwelcoming attitude towards refugees are consistent with severe legislation on asylum passed by the Danish government in January.

The law requires asylum seekers to hand over money and valuables to the authorities in exchange for state provisions while their asylum request is being processed.

Such measures may have contributed to relatively lower numbers of refugees and migrants seeking asylum in Denmark. In comparison to neighboring Sweden, which received around 163,000 asylum applications during 2015, Denmark received just 18,000.

Off With Their Heads: Danish Imam Preaches Death Penalty for Adultery