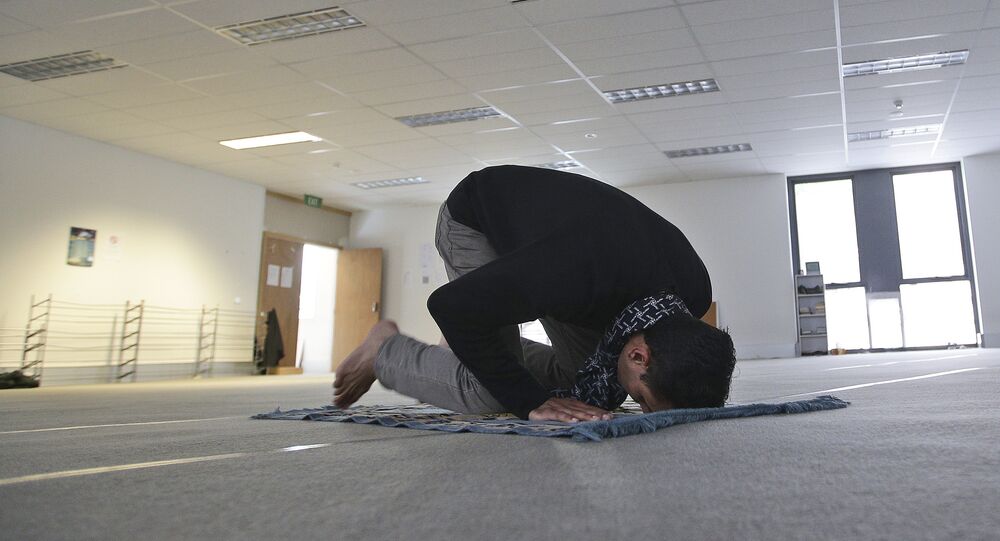 German universities in Berlin, Dortmund and Duisburg have closed rooms for Muslim prayers on their premises because they want to be fair to other religions which do not have a room dedicated to them, German Economic News reported.

Technischen Universitat Berlin President Christian Thomsen told the Suddeutsche Zeitung earlier this month that having been used for decades, the prayer room closed on March 14 because Muslims now have enough places to pray in Berlin.

He said that the university had also designated a gym to be used for Friday prayers, but recently 600 people have been praying in a 300 square meter space, which presents health and safety dangers.

"There was the idea that we are excluding many religious groups if we provide this only for Muslims," Thomsen said.

"It was about a fundamental question: do we want religious events at our university? I think that universities and religion should be separated," he explained, adding that now there are enough places of worship in Berlin to make a prayer room at the university unnecessary.

Last month the University of Duisberg-Essen (UDE) gave a similar explanation for the impending closure of its prayer room.

"The prayer room was established over 20 years ago, at a time when there were few mosques in the city. That has changed in the meantime," the university stated, explaining that a non-denominational quiet area will take its place.

"A room for silence will be created that is open to all confessions. Because students and staff from more than 130 countries study and work at UDE, a space cannot be created for all ideologies and faiths."

© AFP 2020 / RALF HIRSCHBERGER / DPA
New Life to Old Things: Germany Uses Telephone Booths as Libraries, Discos
In Dortmund a non-denominational "room for silence" was controversially closed in February because of complaints from students about the behavior of some of those who were using the room for prayers.

"There was never a prayer room, neither for Muslim nor for Christian students," press spokeswoman Eva Prost from Technischen Universitat Dortmund told Der Spiegel.

"Our 'room for silence' was rather a provision for anybody looking for peace and contemplation in often stressful university life. If somebody wanted to pray there in silence, they could do, but not when he disturbs others or excludes somebody from using the space."

"It has nothing to do with Islam," she stressed.

"Some students arbitrarily transformed the space and violated its rules of use, which state that the room is to be kept 'ideologically and religiously neutral.'"

"An improvised wall was put up to separate men and women. The Koran was left out, there were opportunities for footwashing and prayer mats were stored here. There were also flyers which instructed women to wear headscarves, although we don’t know if this was actually enforced."

​'Row in the room of silence,' Bild reported, and published a picture of the room and the partition installed by some students.

"We could not accept all this. Students complained to us, and quite rightly so. We cannot tolerance gender discrimination, we are a state institution and we are bound to the constitution," Prost said.

Despite a petition from three Muslim students who collected around 400 signatures to campaign against the closure, Prost said that the room will now be a space for teaching.

The petition complained that the closure of the room is "outrage, discrimination, and anti-Islamic racism."

In a response to that complaint, the university published an open letter on its website.

"We would like to pick up on your comments about the importance of integration, and allow us to add that this pertains to knowledge and acceptance of the laws of the Federal Republic of Germany. Equality of men and women is a principle that cannot be violated," the university replied.

Results of Regional Elections in Germany Affected by Migration Issue