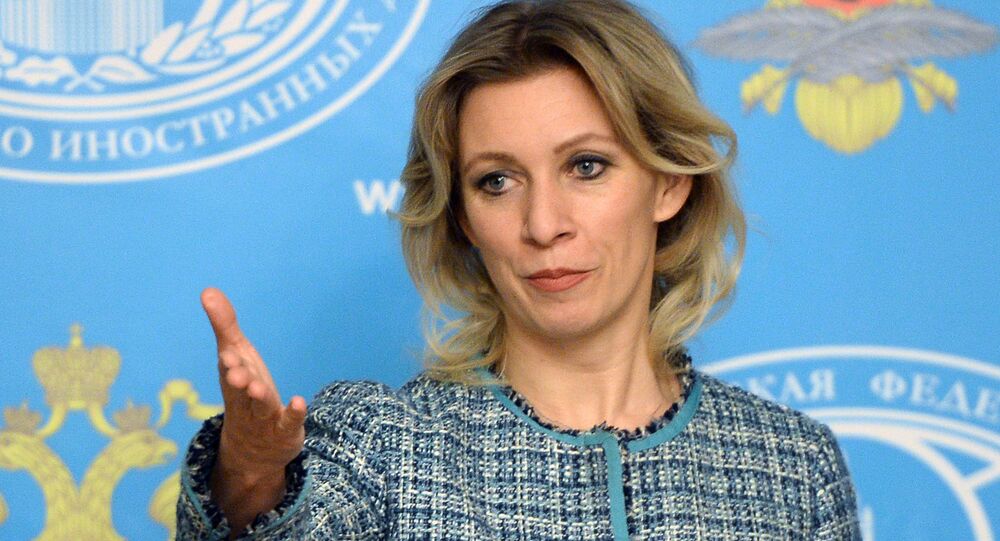 MOSCOW (Sputnik) — The denial of entry into Latvia for the lawyers of the International Information Agency Rossiya Segodnya is a perfect example of the Latvian "democracy," Russian Foreign Ministry spokeswoman Maria Zakharova said Tuesday.

On Monday, Evgeny Korolyov, the head of the agency’s legal department, said Rossiya Segodnya lawyers were denied entry to Latvia where they were planning to participate in a court procedure on the refusal of registering one of the agency’s bureaus in Riga.

"It is just another good example of ‘the Latvian kind of democracy.’ At first, an unfounded decision to refuse the registration of the Rossiya Segodnya’s representative office in Latvia was made, then, to conceal the political background of the issue, our legal advisers, who intended to take part in the appeal of the verdict that is untenable from the legal point of view, are not allowed to enter the country," Zakharova stated at a briefing.

© Sputnik / Ramil Sitdikov
Latvia Bans Rossiya Segodnya's Lawyers From Court Appeal
It turns out that the Russian lawyers also represent "a threat to national security" of Latvia, and their arguments about the need to respect the universally recognized norms to guarantee media freedom are considered "dangerous" in Riga, the ministry’s spokeswoman noted.

Latvia refused to register the agency's bureau in late August 2015, since the documents submitted as part of the registration process allegedly did not comply with the country's law. The Russian Foreign Ministry dismissed the claim as discriminating and politicized.