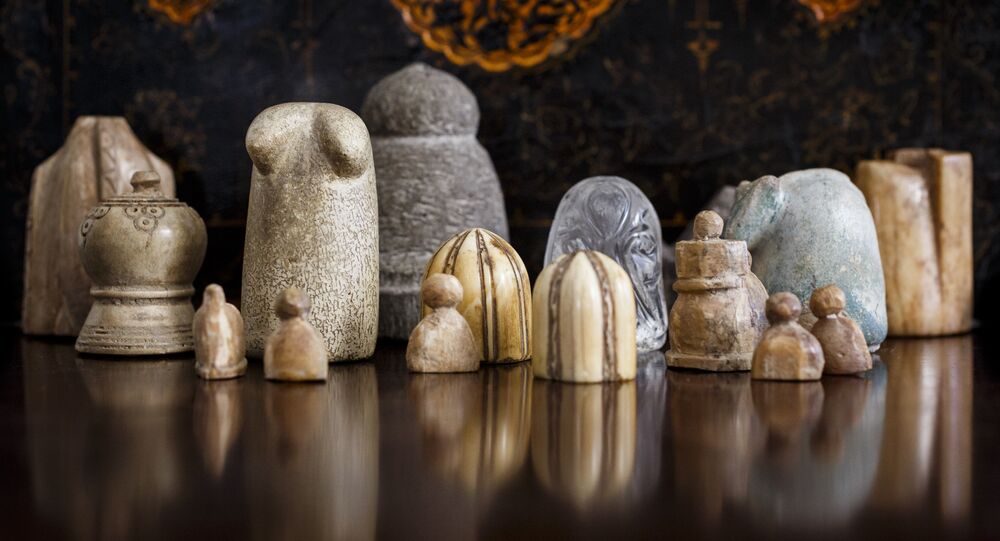 Checkmate: 1,000 Year-Old Chess Set to Go Under the Hammer in Auction

An ancient chess set believed to be 1,000 years-old with "huge significance" in the historical evolution and spread of the game is going under the hammer at an auction in London, with experts predicting the set could sell for as much as US$40,000.

The 10th-century chess set is believed to have been made in the city of Nishapur, now modern-day Iran, with several pieces equivalent to chess figures such as pawns, knights, kings and queens.

Expecting to add to the value of the auction, the 16-piece ivory set was previously owned by German chess legend Lothar Schmidt, who is famous for refereeing the so-called 'Match of the century' played between American Bobby Fischer and Russian Boris Spassky during the height of the Cold War in 1972.

Auctioneers Sotheby’s say the set, which is on sale along with many more pieces of chess memorabilia, is important in understanding how the game of chess developed and spread through the Middle East throughout history.

It is believed that chess was first established in India around the 6th century, before spreading across the Middle East and into Europe with the help of traders traveling through the region.

White Flag: Nazi Surrender Order to Go Under the Hammer at Auction