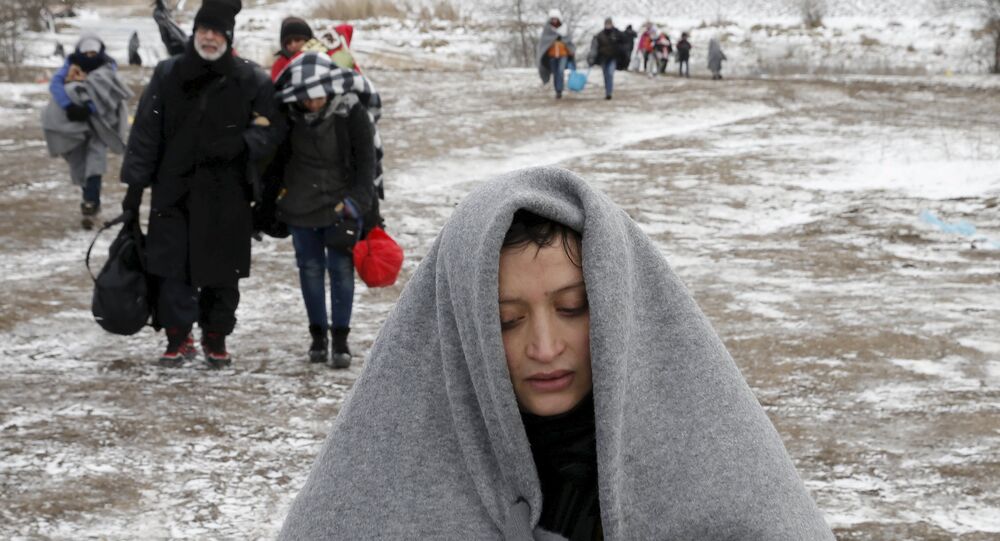 Macedonia has deported about 1,500 illegal migrants to Greece on Monday, a press officer with the Macedonian Interior Ministry told Sputnik on Tuesday.

MOSCOW (Sputnik), Alexander Mosesov — Macedonia has sent 1,500 migrants who illegally crossed the border back to Greece on Monday, a press officer with the Macedonian Interior Ministry told Sputnik on Tuesday.

On Monday, about 1,500 people managed to reach the Macedonian border village of Moin, having illegally walked across the border from Greece, while about 600 others were detected right at the border and were prevented from crossing.

© AP Photo / Boris Grdanoski
Migrants Arriving in Macedonia to Be Returned to Greek Territory
The migrants left a refugee camp in the Greek town of Idomeni near Macedonia to find a spot on the border between the two countries where it would be possible to cross over.

The incident comes after the closure of borders along the so-called Western Balkan migrant route, which has resulted in more than 10,000 refugees being stranded in Greece, along its border with Macedonia.