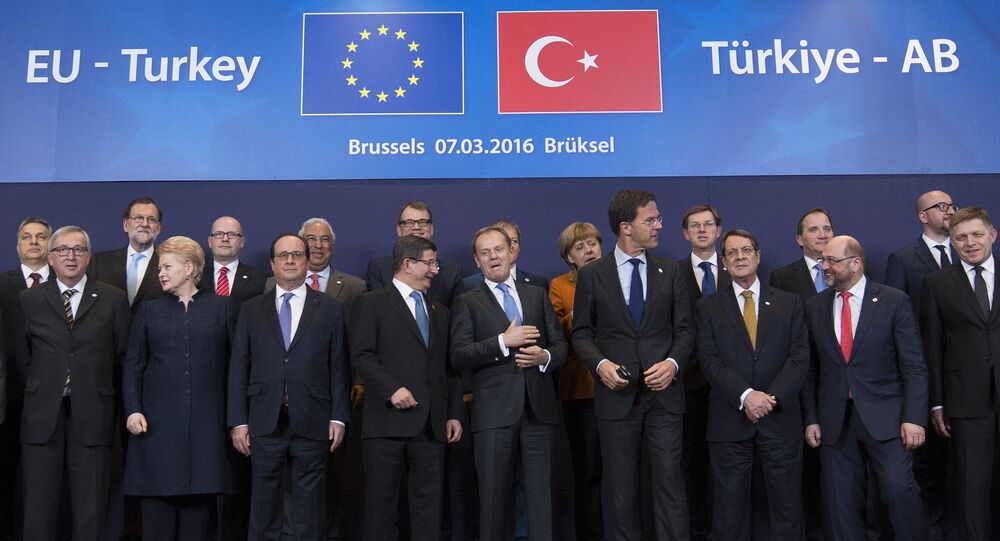 Acting Spanish Foreign Minister Jose Manuel Garcia-Margallo said that an agreement between Brussels and Ankara from the outset seemed to be unacceptable for Spain.

MOSCOW (Sputnik) — An agreement between Brussels and Ankara to curb the influx of refugees into the European Union is unacceptable, Acting Spanish Foreign Minister Jose Manuel Garcia-Margallo said Monday.

"This proposal from the outset seemed to us, from the point of view of the [Spanish] government, unacceptable," Garcia-Margallo told reporters when arriving to the summit of EU foreign ministers in Brussels.

© AFP 2020 /
Concerns Over EU-Turkey Deal as Cyprus, Bulgaria Kick Out at Proposals
Earlier in March, Ankara and Brussels agreed to fast-track negotiations on Turkey's accession to the European Union in exchange for a new migration plan, which stipulates that Ankara take back undocumented migrants who arrive in the bloc through its border and sends legal Syrian refugees to the European Union in return.

A final agreement between the European Union and Turkey is expected to be announced at the next EU-Turkey summit on March 17-18.

Concerns Over EU-Turkey Deal as Cyprus, Bulgaria Kick Out at Proposals