Concerns Over EU-Turkey Deal as Cyprus, Bulgaria Kick Out at Proposals

There are more concerns over the proposed EU-Turkey refugee deal after 37 people were killed in a terror blast in Ankara on Sunday. European Foreign Ministers are to meet on Monday amid threats from member states to scupper the EU-Turkey migration agreement.

The EU foreign ministers' meeting comes ahead of Thursday's EU summit, where both European and Turkish leaders will look to agree on a binding solution to the migration crisis.

The proposed deal between Brussels and Ankara was announced last week, with Turkey to receive US$6.6 billion in EU aid in return for greater efforts to stem the flow of refugees and migrants into Europe.

While EU leaders have sought to look at the migration crisis as an independent issue, Turkish officials have used the talks to try and speed up the country's long-stalled EU accession talks, with calls for fewer restrictions to be placed on Turkish citizens in the EU.

Cyprus: 'We Will Not Lift Our Veto'

While there are concerns over the practicality and legality of the EU-Turkey deal in regards to reducing refugee flows, some EU states are growing increasingly worried about Ankara's push for EU membership, with the deteriorating security situation in Turkey further complicating matters. 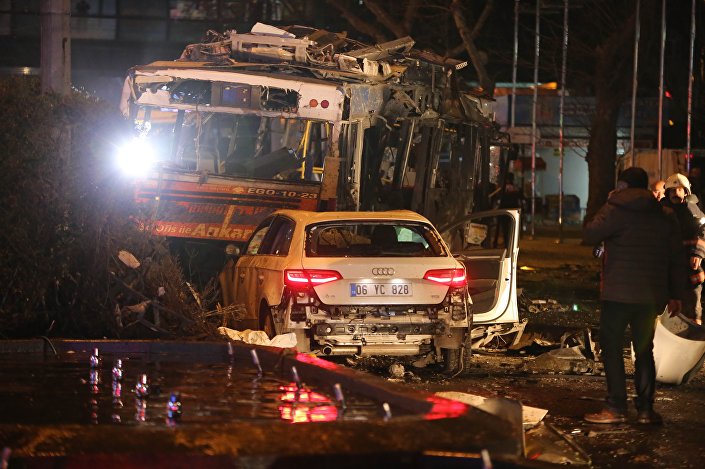 Cyprus has threatened to block the deal amid calls for the EU to speed up talks relating to Turkish membership of the European Union.

"We will not lift our veto on those chapters," Cyprus Foreign Minister Ioannis Kasoulides told Politico.

Kasoulides said any attempts to admit Turkey into the EU would only harm efforts at unifying Cyprus, which is currently divided between Greek-Cypriot and Turkish-Cypriot governments.

Bulgaria: Deal Should Not Just Focus on Greece

© Photo : Srdjan Zivulovic
'Return of the East-West Divide': Migrant Crisis Sees History Repeat Itself
While Cyprus is under pressure not to stand in the way of a refugee deal between Turkey and the rest of the bloc, the island nation is not the only country with reservations over such a deal.

In a letter to European Council chief Donald Tusk, Bulgarian Prime Minister Boyko Borisov said any refugee deal should not just focus on flows of people between Turkey and Greece, but should also take into account the migration route between Turkey and Bulgaria, as well as other EU maritime borders such as the Black Sea.

"Bulgaria would not be ready to accept a partial Turkish engagement (only for the Greek islands) which will most probably lead to opening up of new migration routes," Borisov said in the letter.

Adding to Cypriot concerns, the prime minister also warned against plans to speed up visa liberalization processes for Turkish citizens in the EU, saying the process "cannot be calendar driven and should remain directly bound to the implementation of the EU-Turkey readmission agreement."

EU foreign ministers are meeting on Monday, with the EU summit to kick off on Thursday in Brussels.