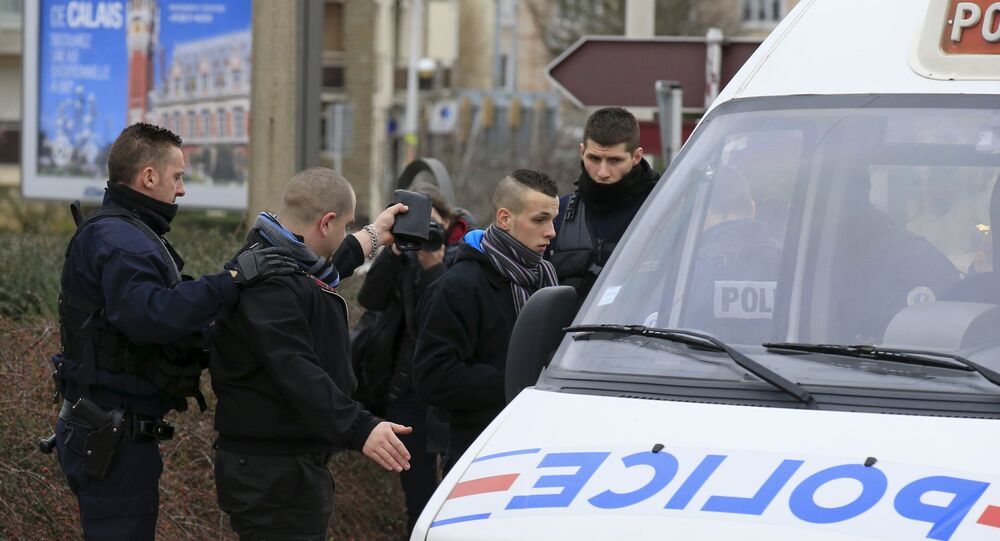 © Flickr / Andrea Gallo
Aid Workers Raise Alarm on Sexual Abuse of Children in Calais Jungle Camp
The robbers, who were taken into custody Wednesday, turned out to be mere teenagers, with ages ranging from 14 to 19. However, the group included the founder of an anti-immigration movement and a couple of protest organizers, reports Sunshine Coast Daily.

Unfortunately, the "activists" resorted to trivial robbery instead of political careers. They have reportedly conducted up to seven attacks since the beginning of the year, stealing cash and mobile phones worth €4,000 total, shouting  "police!" whenever someone attempted to intervene.

The young men have now been arrested and await a court hearing in Boulogne-sur-Mer, France.

The refugee crisis provoked a series of attacks on immigrants across Europe. The Calais "Jungle" camp is now surrounded by far-right activists from Generation Identitaire group, who set up barricades, burn tires and even clash with the police, all under makeshift banners urging immigrants to head back to their homeland.

According to the police, 14 members of Generation Identitaire have already been arrested. The officials claim they "will not let extremist movements manipulate the migrant crisis."

The Calais camp consists of migrants who seek asylum in the United Kingdom. According to a Médecins Sans Frontières report, there is some access with some food distribution and heat is available, but sanitation remains poor and there are issues of water quality. About 30 people died at the Camp during the past two years.

Agony in the 'Jungle': French People Rally Against Migrants in Calais