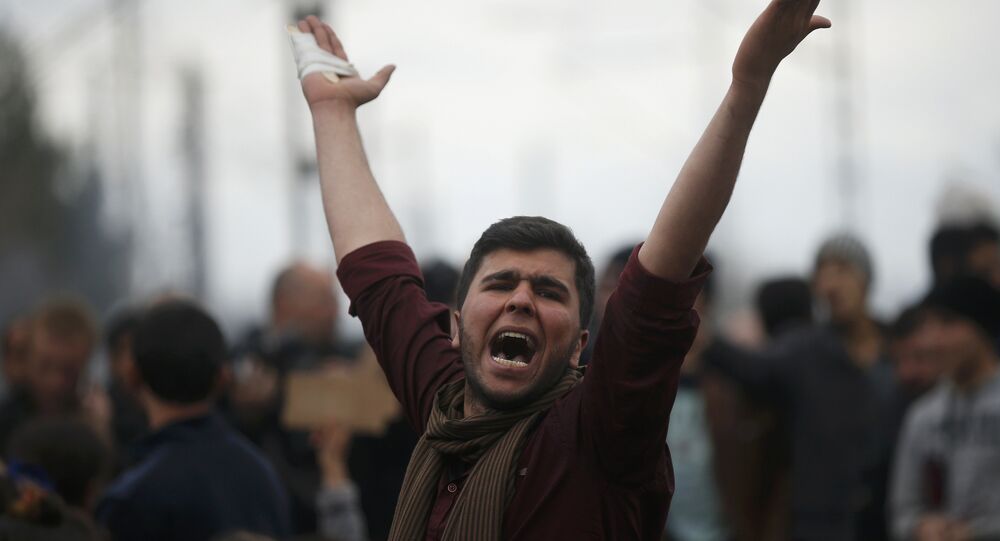 A case of hepatitis A (HAV) was confirmed in the Greek Idomeni refugee camp on the Greek-Macedonian border, the Hellenic Center for Disease Control and Prevention (KEELPNO) said on Saturday.

© REUTERS / Umit Bektas
Greek Lawmaker Accuses Ankara of Violating Migrant Readmission Deal
ATHENS (Sputnik) — According to the KEELPNO bulletin obtained by RIA Novosti, the infected is a 9-year-old Syrian refugee girl. She was taken to a hospital in Thessaloniki, her condition is stable.

The Center, in collaboration with local health authorities, has been implementing measures to prevent the spread of disease among refugees. These measures include dissemination information on hygiene, disinfection of lavatories, the use of safe and pure drinking water.

In addition, measures have been taken for the early detection of cases, the provision of medical care and proper insulation.

The village of Idomeni became residence for thousands of refugees, as Macedonia, along with its Balkan neighbors, introduced border restrictions for refugees.

© Flickr / Kenny_lex
Refugee Shelters Set on Fire in Sweden Overnight
Hepatitis A, formerly known as viral hepatitis, is an acute infectious disease of the liver. Many cases initially have few or no symptoms, especially among minors, and the time between infection and symptoms can take up to six weeks. The virus is usually spread via consuming contaminated food or water, which is commonly contributed by poor sanitation.

Safe and effective vaccines are available to prevent HAV.

All five unique hepatitis viruses, from the A to the E, have a potential for outbreaks and epidemic spread. According to the World Health Organization (WHO), nearly one million people die every year of the hepatitis infections.