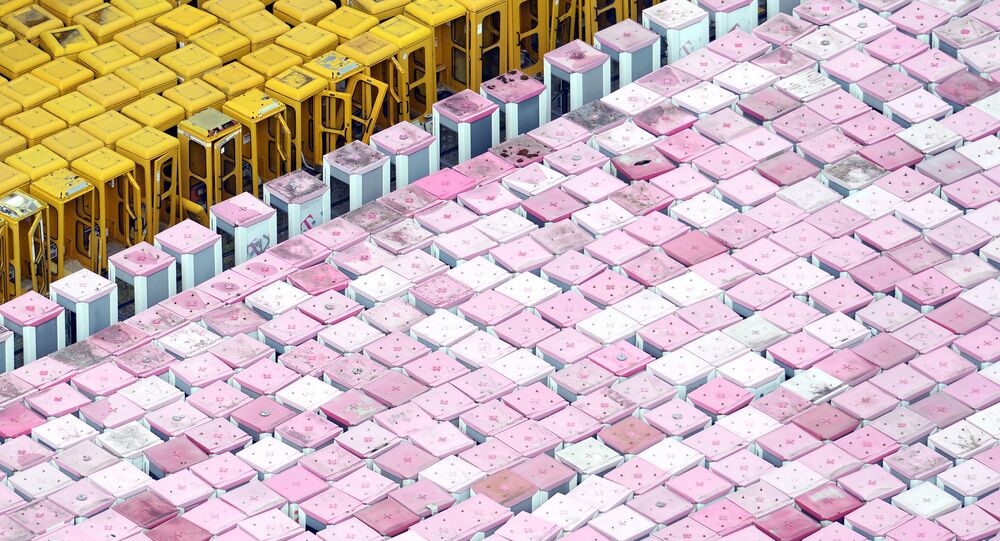 The classic yellow and pink phone booths are gradually disappearing across the country. According to latest data, there are now only 30, 000 of them left compared to 110,000 in 2006.

© AP Photo
Wrong Number: Germany Taps Random African Phone Unstead of John Kerry's
The good thing, however, is that many of them started "their second life" in different places. They serve as decoration in front gardens or were rebuilt and turned into garden showers and mini-saunas. Some of them are also being used in film productions, German newspaper Berliner Kurier reported.

The most impressive is their new role as libraries and "disco-boxes". For instance, in Berlin there are three mini discos of that kind. Visitors can toss a coin and dance to the music played inside the booth.

"There is too much space for one dancer. For five it is perfect, for six it is already narrow and nine is a world record," initiator of the fun project Benjamin Uphues said.

In the German village of Garlitz in Western Brandenburg, a telephone booth serves as a place for reading. One of the smallest libraries in the country consists of about 250 books. "Everyone can borrow them for free," local resident Gudrun Lewwe said. "Take a book, give a book" is the motto of the new reading project.

The books don't wait long for their readers. "There is always something new as in a large library," Lewwe said. The woman added it would be great if people brought over magazines or newspapers. "Many would be happy about that," she said.

Russia to Give Up Phone Booths: ‘iPhones Are Cheaper’

Phone Booths, Subways, Airports; a Look at the World’s Most Unusual Libraries