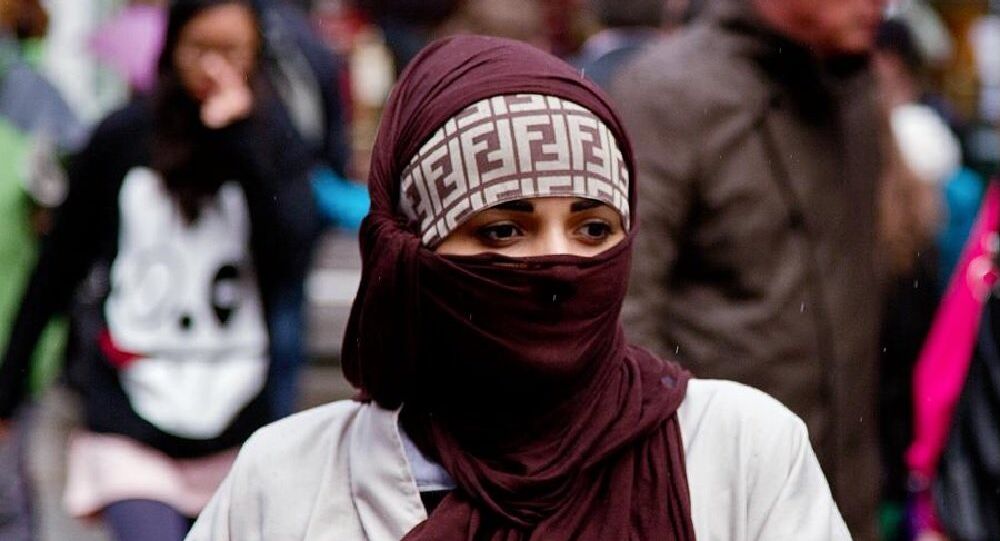 According to the latest statistics, women constitute 60% of all converts to Islam in Germany. Reports say that about one percent of them could be fanatical and prone to violence.

© Flickr / Hani Amir
German Women Increasingly Join Islamist Terrorists in Syria, Iraq
It could be surprising when a young successful European woman with a university degree and modern education decides to change her life and convert to Islam. She starts wearing the hijab, prays five a day, gives up her career and all in all lives a "good life" of a righteous Muslim.

The motives behind such decision could be different. Russian newspaper Kommersant listed some of them.

According to experts of the German Islamic Archive (ZIAD), the popularity of Islam in Germany sharply increased after the 9/11 terrorist attacks. More than 1,000 people converted to Islam in 2005 while in 2006 the figure reached 4,000.

ZIAD experts provide quite a surprising explanation for this trend. They justify the tendency by the increasing hatred against Muslims and Islam amid the rise of terrorism.

"The higher the pressure of the society is, the more interesting becomes Islam," ZIAD expert Gerhard Moldenhauer explained stressing that women are more vulnerable and more prone to the Islamic indoctrination.

There is even a direct link between the "fight against hijabs" in Germany and the number of conversions among women. However, it is impossible to predict who is a fanatic, and when and why one becomes a terrorist. Experts argue that the identity transformation process occurs in a different way and very much depends on the external influence.

Reason 2: Chaos of the Modern Society

Islam gives them an unambiguous set of rules and norms of behavior. Many well-educated women, working in Germany in a bank or pharmacy, say that the hijab and Islam are important to them primarily as a protection against external threats. Whether these threats are real or invented by propagandists is another question.

"This could be more than romantic and attractive to young Western women," Prof. Dr. Susanne Schröter, head of the Global Islam research center in Frankfurt wrote.

The problem is that women often don't understand that behind the attractive pictures there is nothing else but propaganda.

"They don't even think of the fact that this is all just a performance for the public. Women in Islamic State can't participate in the fighting by definition. They can go to heaven only if they strictly follow the will of their husbands."

"Many of them try to realize their desire for adventures with perseverance worthy of a better cause. There are also a lot of fanatics among them who are ready — at any price — to fight for the idea they were infected with. Some are inspired by the desire to participate in the fateful transformation of the world, and they are even ready to sacrifice their lives for this. However, being in Syria, they understand that nobody expects from them military exploits. They only need to bear the Islamic population and care for their husbands," the expert explained.

YouTube
Women From Arab Alliance to Boost Female Participation in Israeli Election
Many indoctrinated women praise their lives with "soldiers of the Caliphate" in their blogs on Facebook, Tumblr and Twitter and express their readiness to support their husbands "until the death do us part". However, they don't understand: what happens when a husband dies is beyond their idealistic hopes.

In best case, they will become the second, third or fourth wives and will live in conditions far from romantic. Often "wives" or "brides" end up in wounded in a hospital or are killed under questionable circumstances: while local women may eventually seek protection in their own families, foreigners are absolutely defenseless.

According to Schroeter, women make up about 11 percent of 800 German residents who left Germany and joined Daesh in the Middle East. In France this proportion is as twice as high. All in all, the percentage of women who went to Syria to wage jihad is higher than is generally assumed, the expert claimed. This is a dangerous trend that may reach new dimensions in the near future.