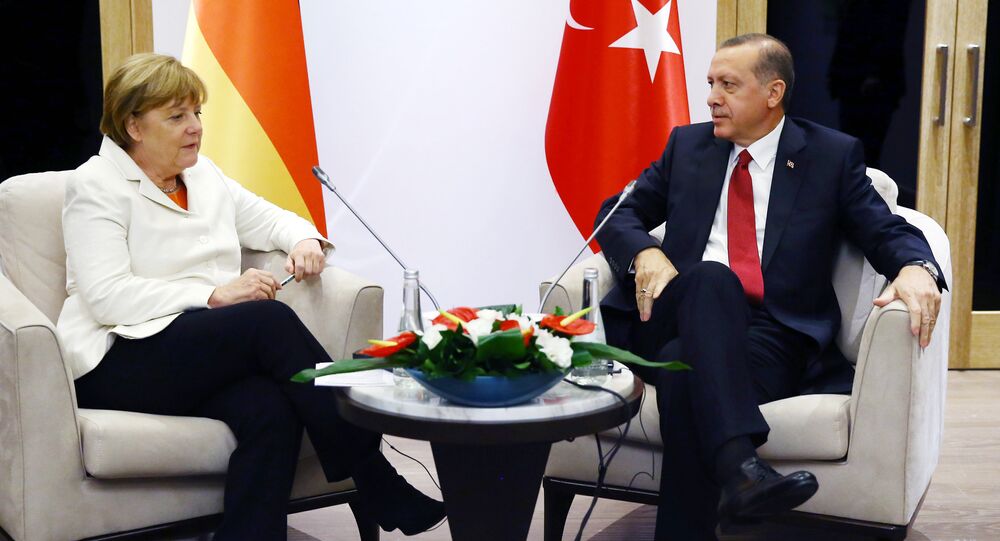 According to him, restrictions on the admission of individual refugees without a thorough examination would be a "violation of international and European law."

For instance, Luxembourg's Foreign Minister Jean Asselborn stressed that the plan must be thoroughly checked "legally, politically, and also from the human point of view".

© AP Photo / Tolga Bozoglu, Pool
ASAP! Merkel Calls for Urgent Implementation of EU-Turkey Deal on Refugees
However, German Chancellor Angela Merkel and Chief of the Chancellery Peter Altmaier have repeatedly defended the new agreement. In an interview with German newspaper Die Welt, Altmaier said that Turkey is a more reliable partner in tackling the refugee crisis than some EU countries.

According to Altmaier, in the current situation Turkey has demonstrated a more "European behavior than some countries in Europe." The current plan offers "the real chance to solve the refugee crisis without abandoning our humanitarian demands," the politician stressed.

Earlier this week, Turkey announced its readiness to accept all new refugees arriving in Greece. In return, Ankara awaits assistance on the introduction of a visa-free regime for its citizens and further negotiations on Turkey's accession to the EU.

Merkel to Insist on Implementation of EU-Turkey Refugee Plan