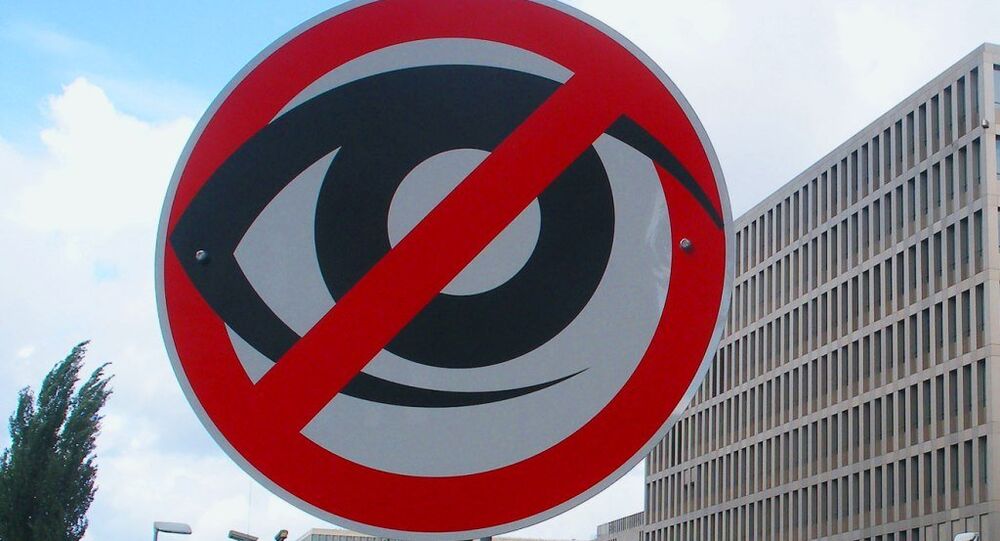 Plans by the British Government to introduce the controversial draft Investigatory Powers bill - also known as the Snoopers' Charter - have come under fire from the United Nations and privacy campaigners amid claims the proposed legislation contains 'catch-all' clauses, allowing minister extensive powers to gather data on UK citizens.

© REUTERS / Stefan Wermuth
Eyes Down: Britain's Surveillance Law Revised, Spying Powers Extended
The UN Special Rapporteur on the right to privacy, Joseph A. Cannataci Wednesday raised serious questions about the precedent the Investigatory Powers Bill could set for the enjoyment of the right to privacy across the world.  He recommended the UK Government refrain from "taking disproportionate measures which may have negative ramifications far beyond the shores of the United Kingdom."

"The Special Rapporteur on privacy firmly encourages [the UK Parliament] with renewed vigor and determination, to exert their influence in order that disproportionate, privacy-intrusive measures such as bulk surveillance and bulk hacking as contemplated in the Investigatory Powers Bill be outlawed rather than legitimized.

"It would appear that the serious and possibly unintended consequences of legitimizing bulk interception and bulk hacking are not being fully appreciated by the UK Government."

UK Home Secretary Theresa May has been adamant that she would introduce the Snoopers' Charter — officially known as the Investigatory Powers Bill to allow for police and the intelligence services to collect and store vast quantities of communications data, in the light of increased terror threats.

Despite a European Court of Justice in 2014 ruling that the existing EU Directive on data retention was invalid because it was so sweeping in its interference with individual privacy rights, the British Government is keen to pass a surveillance law that allows for communications data — such as user email usage and internet browsing — can be stored by intelligence services and the police. May claims the proposed legislation contains checks and balances that ensure requests from ministers of state for Communication Services Providers (CSPs) to collect data will be given judicial oversight and will not be all-embracing.

However, Eric King — a privacy campaigner — has said the draft code of practice for National Security Notices states that:

"…as communications technology changes the Secretary of State will need to retain flexibility to respond. However, a notice may typically require a CSP to provide services to support secure communications by the agencies, for example by arranging for a communication to travel via a particular route in order to improve security."

Although neither the draft code of practice for National Security Notices nor the draft Investigatory Powers Bill have been enacted, King believes the wording may lead to a "catch-all" option allowing for the government to gather more information than privacy groups would allow.

"The Special Rapporteur's report is yet another damning criticism of the Investigatory Powers Bill. Not only does it call for the disproportionate powers in the Bill to be 'outlawed rather than legitimized', it points out that the Bill does not comply with recent human rights rulings, which means it could be open to legal challenges.

"The report also voices another serious concern — that the impact of this extreme legislation will be felt around the world, and copied by other countries. The Government cannot continue to ignore the overwhelming evidence that the IPB is a deeply flawed piece of legislation," Killock said.