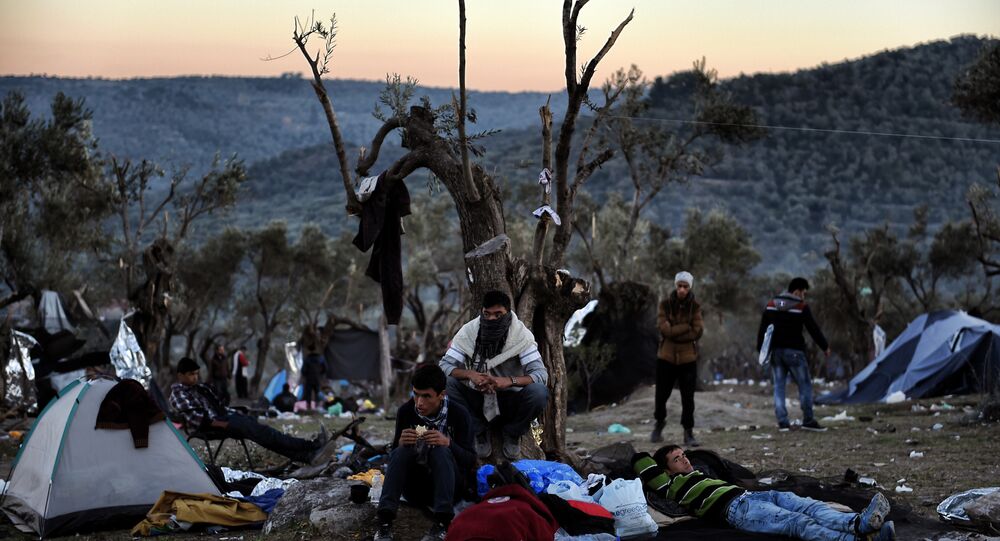 Berlin is concerned that undocumented migrants who wish to travel to the European Union will find new routes after the closure of the so-called Balkan route, German Interior Minister Thomas de Maiziere said Thursday.

© Photo : Srdjan Zivulovic
Trust But Verify: EU to Monitor Ankara’s Financial Aid Spending on Refugee Crisis
BERLIN (Sputnik) – De Maiziere’s statement comes after Turkey and the European Union on Monday reached an agreement to put an end to the Balkan route, used by migrants to travel through Greece and Macedonia to wealthier EU states.

"There are concerns that there may be other routes," de Maiziere said, speaking before an EU interior ministers meeting in Brussels.

In particular, de Maiziere said that refugees coming from Libya might try to infiltrate Europe by crossing the Mediterranean Sea to Italy. According to the minister, the bloc’s authorities have begun talks with Rome on how to avoid a similar situation to that seen with refugees flooding the Balkan route.

Europe has been beset by a massive refugee crisis, with hundreds of thousands of refugees fleeing conflict-torn countries in the Middle East and North Africa.

European Council President Donald Tusk said on Friday that 880,000 migrants used the route in 2015 to enter the European Union and 128,000 migrants entered the bloc through the Balkans in the first two months of 2016.