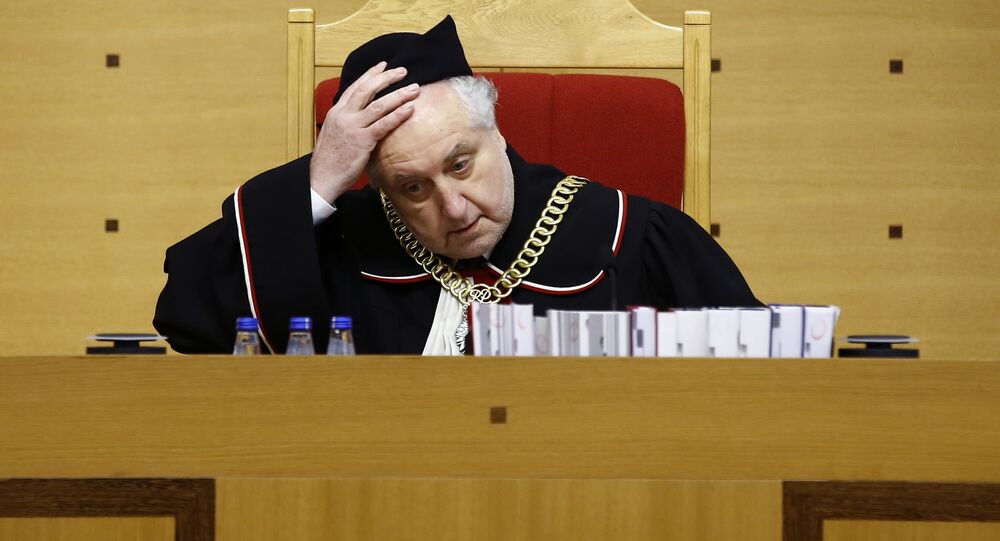 The Polish Government - which brought in a series of legal changes soon after winning the general election in October 2015 - is facing a row with the European Commission after rejecting a legal ruling that its new laws were "unconstitutional."

Soon after it was elected with an absolute majority in October 2015 — a first since liberal democracy was introduced in 1989 — the Polish Government added five 'politically friendly' judges to the country's Constitutional Tribunal, in a move seen by critics as making it easier to push through legislation with less opposition.

Moreover, the changes stated that there should be a six-month period before the tribunal can examine a case, rather than two weeks, which critics say allows the government to pass legislation that will go unchallenged for months.

The Law and Justice Party led by Prime Minister Beata Szydło also introduced a new law which allows the government to appoint the heads of the Polish state media, leading to protests that the move was effectively removing the independence of the broadcasters.

Polish people will not let PiS manipulate their country eastwards, away from democracy & our transatlantic community of values

The European Commission in January launched an investigation because it believes this could break its 'rule of law mechanism' which seeks to is rein in EU member governments whose policies and legislation are seen to pose a "systematic threat" to EU values — particularly on justice, democracy and media freedom.

Chief Justice Andrzej Rzeplinski Wednesday ruled that many sections of the law passed in December 2015 were "non-compliant with the Polish Constitution. [The law] prevents the honest and proper functioning of the… Constitutional Court, by interfering in its independence and separation from other powers, thus violating the principles of the rule of law".

© AFP 2021 / Wojtek Radwanski
People wave European and Polish flags as they take part in a protest against a new media law in the center of Warsaw on January 9, 2016.

However, the government in Warsaw said it would ignore the ruling. Szydlo said:

"The statement that will be delivered by some of the judges of the Constitutional Court will not be a verdict in the legal sense of the term."

With the Polish Government refusing to accept the ruling on its constitutional tribunal changes and the European Commission investigating it over the affair — which could lead it to it being sanction for breaching EU values — Warsaw is set for a constitutional crisis at home and a potential battle with Brussels.