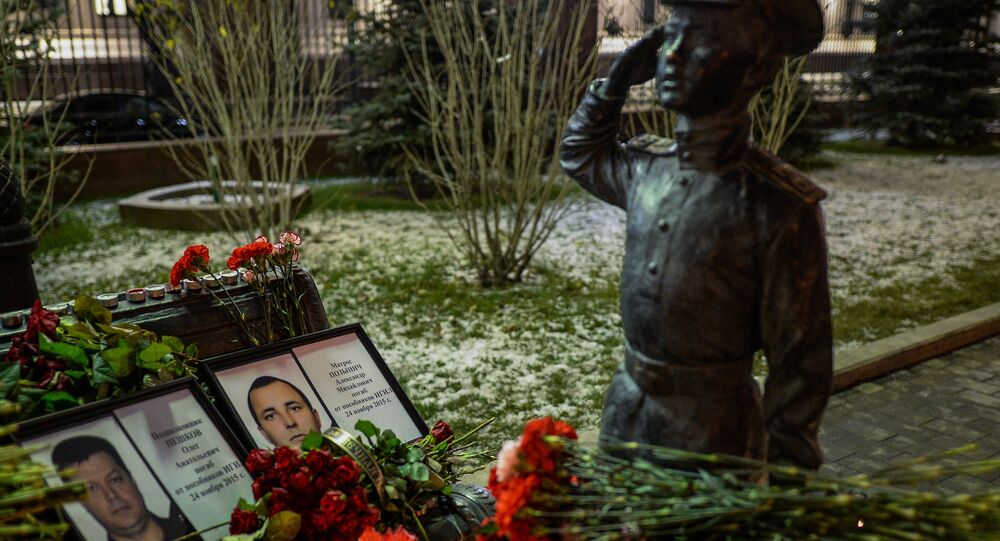 Famous Turkish poet and winner of multiple national awards Hüseyin Haydar has recorded a video message in which he apologized to all ‘the great Russian people’ for Ankara's policies, including the downing of a Russian bomber over Syria in November 2015.

© Photo : Pixabay
Watch Your Mouth: Turkey Journalist Jailed Over Op-Ed
He also apologized before the mother of the Russian pilot Oleg Peshkov who was killed by rebel fire from the ground after ejecting from the Russian Su-24 bomber downed by the Turkish Air Force. In his poem Haydar calls himself a Turkish revolutionary, who was unable to save his country from shame.

Haydar posted his poem on YouTube. In it he remembered Russian poets and activists, as well as Soviet citizens who gave their lives in the struggle against Nazism.

At the end, Haydar appealed to the family of the deceased pilot of the Russian Su-24. He said, “Bowing my knees, I beg forgiveness from the mother of Oleg Peshkov.”

The whole poem translated from Turkish is presented below.

“I, the Turkish poet Hüseyin Haydar,

I have witnessed dark and shameful acts,

However, I am sure that they will judge all of the damned villains.

It is unthinkable, but this crime

Happened in front of everyone, and my fault is,

I could have tried; I could try to stop him,

But, unfortunately, I realized it late.

I, the Turkish revolutionary Hüseyin Haydar,

To every Russian, to all the people: I'm sorry.

Courage of the Russian mountains, plains and steppes

Forgive me, the land of the great Lenin.

Before our eyes were torn fraternal bonds,

All this happened in front of me.

Reckless we were not, that is only our fault,

That we are not masters of our own country,

That the fatherland torch shines so little.

And so I turn to Eurasia and Turkey,

In songs and in prayers forgiveness I ask

From Mayakovsky and Gorky,

From Ivan soviet who protected

From Nazis his land.

I ask for Pardon from country heroes

Women, men, children and the elderly,

Of 23 million people who died

And Gagarin who accomplished his feat,

And the Soviet brother that gave us his hand

In our great national war.

And Russian women, who lasted through the war,

All those who have generosity of their soul

Showered blessings in a difficult moment.

I ask forgiveness of the Russian peasants,

Of the Russian revolutionary.

In the presence of all those who died in the war,

In the presence of thousands of rifles and shotguns

I, the Turkish poet Hüseyin Haydar,

I admit I'm guilty, turning my head to the light.

I could not from shame save my country

Great Russian people, forgive me for it.

And bowing my knees, I beg forgiveness from the mother of Oleg Peshkov.”

Hüseyin Haydar is a famous Turkish poet and laureate of national awards; his work is printed in a variety of literary magazines across the country.

After he released his poem, students of Istanbul University and Istanbul Technical University organized a protest, during which they read aloud poems by the poet. The students of the two universities read verses by Haydar on Taksim Square in central Istanbul and around the Bosporus; they made a video and posted it on YouTube expressing their solidarity with the poet.