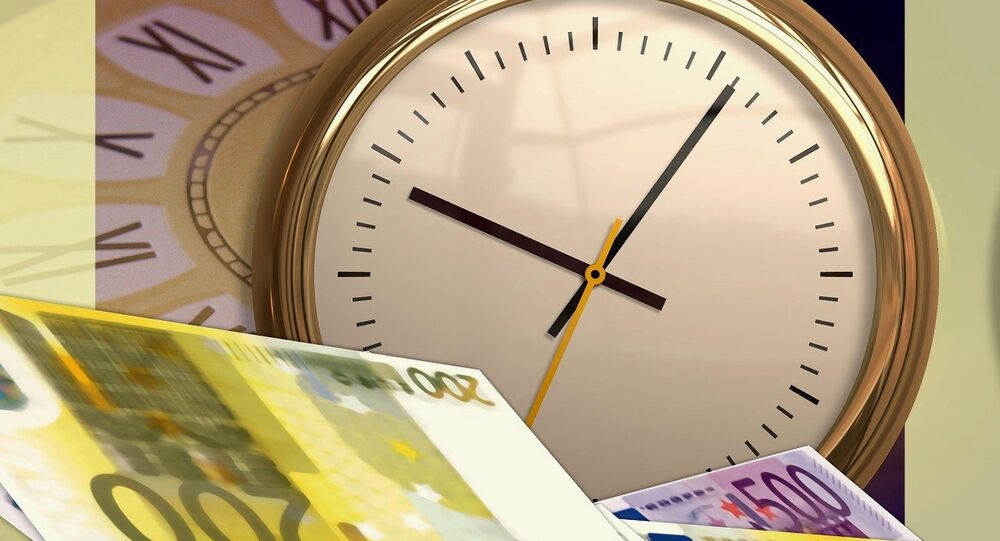 Is This the End, My Friend? ‘EU Collapse Possible as Never Before’

The European Union is no longer able to tackle the economic and migrant crisis gripping the 28-nation bloc and is closer to collapse than it has ever been before, Neue Zürcher Zeitung wrote citing the European Central Bank’s former economist Jürgen Stark.

“The risk of collapse is at its highest now… Crises are piling up, overlapping and threatening to spin out of hand,” Neue Zürcher Zeitung quoted Stark as saying.

© REUTERS / Staff/Remote
Eurozone Economic Confidence Drops Amid Weak Data, Cheap Oil
According to Stark, the EU leadership is being overwhelmed by ever mounting problems. Germany has lost its leading positions and there is no one left to fill the void and offer a clear-cut anti-crisis roadmap.

“Germany’s leadership in Europe has been undermined by the incoming wave of migrants and there is no one to offer a way out of this helpless situation and restore the Europeans’ confidence,” Jürgen Stark wrote.

To solve all these problems the EU should reconsider its anti-crisis policy and redistribute powers within the alliance with emphasis on the Swiss principle of close interaction between the authorities and the people.

“This would finally help make Europe a project of its citizens, not the political elites,” Jürgen Stark emphasized.

The Eurozone has been in crisis since the 2010 financial meltdown in Greece, which then started to spill over to the rest of Europe with many EU countries faced with sovereign debt backlogs compounded by growing budget deficits. Greece, Ireland and Portugal were forced to take loans of billions from the EU and the International Monetary Fund in exchange for a pledge to implement a series of unpopular austerity programs.

The huge influx of migrants from North Africa and the Middle East added to the EU’s woes. According to the latest Frontex data, about 1.8 million refugees entered the European Union in 2015.

The European Commission described the current migrant crisis as the worst since World War Two.

Even Weaker Euro Ahead as Eurozone Falters Just Above Disinflation