The Turkey-EU plan to resettle Syrian refugees from Turkey fails to address the European refugee crisis, a Cypriot member of the European Parliament told Sputnik Wednesday. 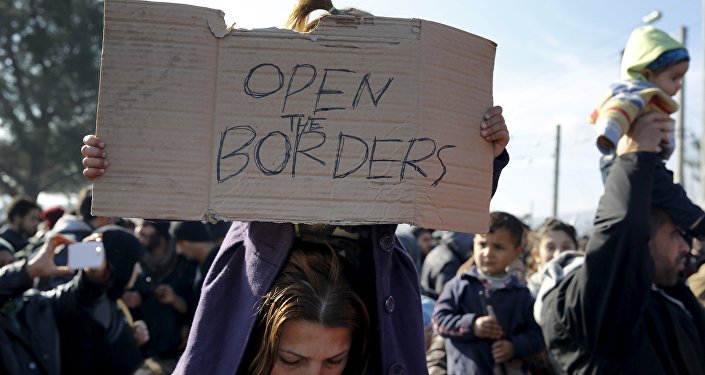 © REUTERS / Yannis Behrakis
Refugees to Lose Chance of Getting Protection Status If Sent Back to Turkey - UNHCR
MOSCOW (Sputnik) – During an emergency summit on Monday, Ankara and Brussels discussed the "one in, one out" plan under which Turkey will readmit one undocumented migrant from Greek islands in exchange for an EU member state to resettle one Syrian asylum seeker from Turkey.

"The whole idea of resettlement 1 to 1 is just another of these ideas that do not address the problem in its full context," Takis Hadjigeorgiou from the Progressive Party of Working People said.

Underlining the unwillingness among EU member states, particularly the Northern countries, to share the burden of hosting refugees, Hadjigeorgiou stressed that the lack of solidarity was a real problem.

"Until EU member states decide they need to co-operate, the need to tackle this humanitarian situation in solidarity to both the refugees and Member States the problem will still be visible," he noted.

A final agreement between the EU to address the refugee crisis and Turkey is expected to be reached by the next summit on March 17-18.

More than 10,000 refugees are stranded in Greece, as well as on the Greek-Macedonian border, looking for a way into wealthier EU nations such as Germany. The International Organization for Migration estimates over 125,000 people reached the Greek islands in the first two months of the year.

Following Monday's summit, a number of countries along the Balkan route, including Slovenia and Serbia, reintroduced border controls.