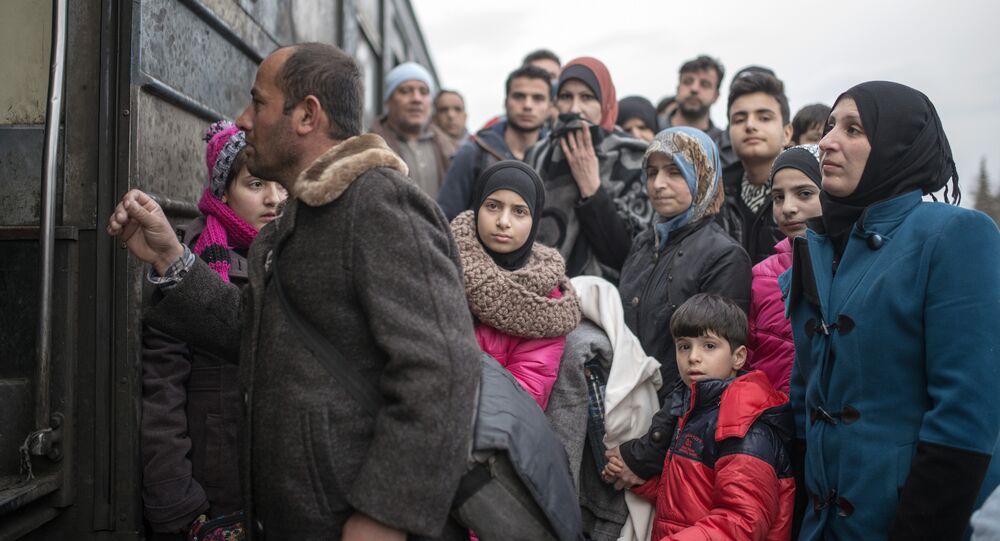 WASHINGTON (Sputnik) — On Tuesday, the UN High Commissioner on Refugees Filippo Grandi told the European Parliament he was concerned about the EU-Turkish deal involving the "blanket return" of migrants because it lacks detail on safeguards to protect refugees.

"Fast-track, collective expulsions from Greece to Turkey run a grave risk of violating international law," Frelick told Sputnik. "Governments are legally obligated to examine refugee claims before returning a person to a place where they could be persecuted or chain deported to face persecution or other serious harm."

The human rights advocate pointed to the European Court’s decision in Hirsi Jamaa and Others v. Italy in 2012 as precedent, wherein the Court barred Italy from interdicting and returning Eritrean and Somali boat asylum seekers to Libya.

© AFP 2021 / LOUISA GOULIAMAKI
Macedonia Refutes Reports of Closing Borders for Refugees
Italy, Frelick noted, could not provide the refugees with effective protection and returning them risked chain deportations back to their home countries.

When asked about Turkey asking the EU for $3.3 billion to implement the refugee return program, Frelick explained that his organization did not have a view on the package itself, but cautioned against conditions-based aid.

"We support increased humanitarian aid and capacity building for frontline asylum states, but such aid should not be conditional on their engagement in migration control measures that would prevent people from seeking asylum," Frelick added.

Frelick also posited that protecting national security is a legitimate function for EU countries, but migration threats need to be assessed on a case-by-case basis.

"Whole groups of migrants and asylum seekers should not be broadly stigmatized or collectively expelled," he claimed.

© Photo : Wikipedia/Edgars Košovojs
Latvia Ready to Host Refugees Arriving via Turkey
The overwhelming majority of the people arriving by boat from Turkey to Greece are not mere "immigrants," Frelick observed, and according to UNHCR figures, 90 percent come from three refugee-producing countries: Syria, Iraq, and Afghanistan.

"They cannot simply be dismissed as economic migrants, whose entry can be curbed without risking exposing them to serious harm," Frelick concluded.

On Monday, Turkey and the European Union reached an agreement to put an end to the so-called Balkan route used by migrants to travel through Greece and Macedonia to wealthier EU states.

Under the deal, Turkey pledges to take back all illegal migrants that arrive to the European Union through its border and in their place send legal Syrian refugees to the bloc on a one-for-one basis.