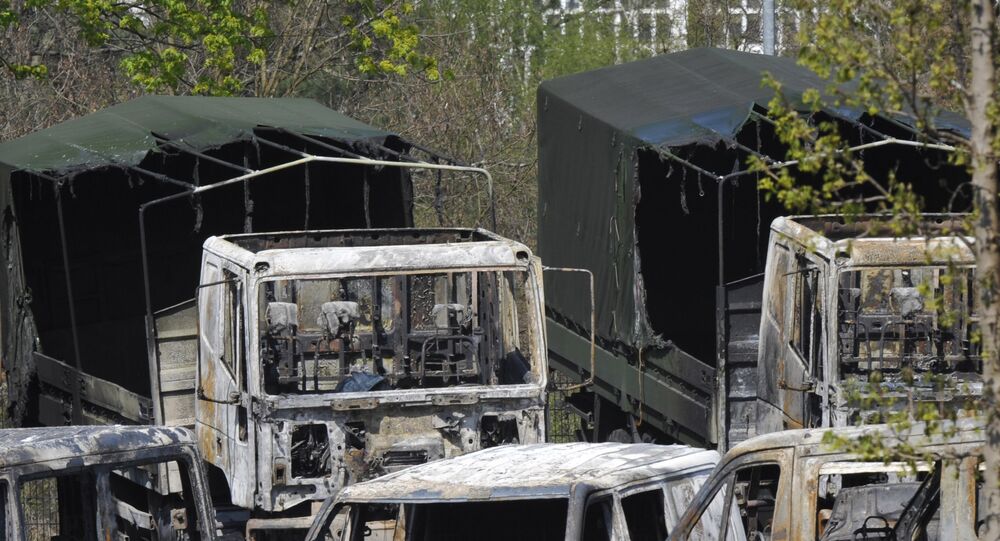 The German police have started their investigation, but it still remains unclear who was behind the attack. According to the magazine, the possibility of political motives behind the crime cannot be ruled out.

© AP Photo / John MacDougall/Pool
Bundeswehr Tanks ‘Destroy’ German Streets
Bundeswehr vehicles have repeatedly become the target of attacks in Sachsen, the most serious of which occurred in Dresden in 2009. As result of the attack, 42 vehicles were destroyed or severely damaged, with financial losses worth millions of euros.

Another incident of that kind took place on New Year's morning in Leipzig, where eight official customs vehicles were set on fire.

A spokesman of the Bundeswehr in Dresden said that the amount of property damage in the recent incident is unknown. The vehicles are currently undergoing inspection.