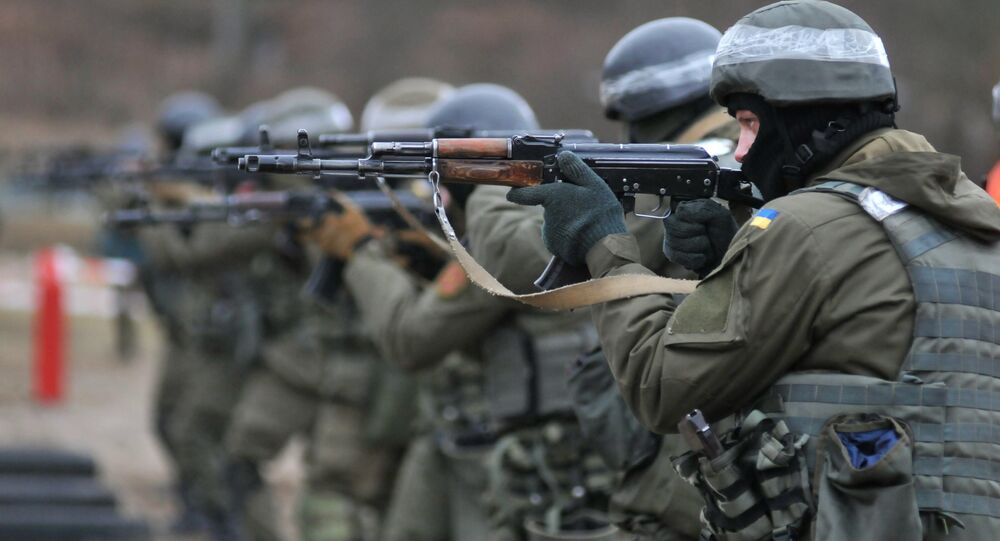 The UK government has announced its support of the Ukrainian Armed Forces (UAF) will be extended after British officials surpassed planned training targets ahead of schedule.

The British Ministry of Defense (MoD) announced it had already met its annual target to train 2,000 UAF members by the 31st of March, the end of the UK financial year.

British officials announced they would continue to train Ukrainian officers over the next three weeks, with as many as 300 extra people expected to receive British training by the end of the month.

Defense Secretary Michael Fallon said the efficiency in running the program: "underlines the UK's commitment to the sovereignty, independence and territorial integrity of Ukraine and our other Eastern European partners.

"It sends another clear message that we stand firm with Ukraine in the face of aggression," he added.

Since March last year, 16 British teams have been deployed to 10 sites across Ukraine to provide UAF officials with training in the "identification of mines and IEDs, defensive operations in an urban environment, medical care, logistics and operational planning."

Fallon announced the training plan would continue for another year, which comes amid an increase in British military support for Kiev.

In October, the Defense Secretary announced the number UK training staff operating in Ukraine would increase to between 75 and 100, while London has provided Kiev with more than US$1.4 million (£1 million) worth of non-lethal military equipment, such as helmets, night-vision goggles and global positioning systems.

The announcement of increased military support comes as a fragile ceasefire holds in the conflict in Ukraine.

While fighting between Kiev government forces and military groups of the self-proclaimed Donetsk and Lugansk People's Republics has dropped in recent months, there are fears the conflict could once again spark back up again.

Western forces have chosen to support Kiev government forces, accusing Russia of intervening in the conflict and aiding rebel groups in Donetsk and Lugansk.

Russia has denied claims that it is involved military in the Ukrainian conflict, and has instead criticized the West's support for Ukraine as an aggressive move that is counterproductive to efforts to secure a long-term peace deal.