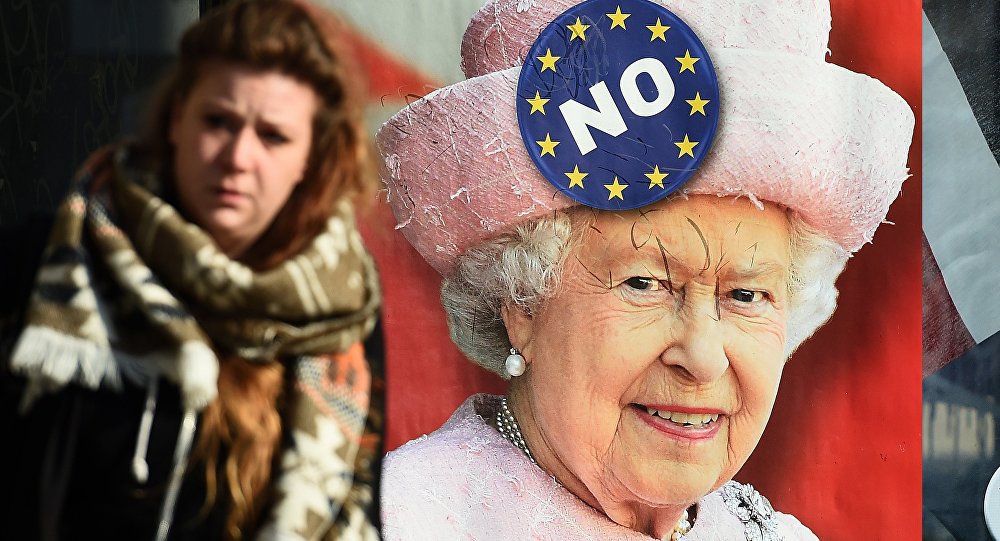 Queen Elizabeth has been dragged into the debate about Britain's membership in the EU, with a British tabloid claiming the monarch had expressed her deeply Euroskeptic views to MPs. Buckingham Palace denied the "spurious" claims, and has referred the newspaper to the UK's press watchdog.

The scandal erupted on Wednesday when British tabloid The Sun published a story on its front page titled "Queen Backs Brexit" in which the paper quoted unidentified sources who said the Queen made her thoughts about the EU known to political figures.

The story is based on an event at Windsor Castle in 2011, when the monarch is alleged to have told then deputy Prime Minister Nick Clegg her deep concerns over the direction of the EU project.

A "highly reliable source" told The Sun: "People who heard their conversation were left in no doubt at all about the Queen's views on European integration.

"It was really something, and it went on for quite a while. The EU is clearly something Her Majesty feels passionately about," the source was quoted as saying.

The claims in the story have been strongly denied by Buckingham Palace, who said:

"The Queen remains politically neutral, as she has for 63 years.

"We will not comment on spurious, anonymously sourced claims. The referendum is a matter for the British people to decide," a Palace statement read.

Buckingham Palace is complaining under clause 1 of the editors' code — here's what it says https://t.co/1xdquLfAjR pic.twitter.com/UpQCobVlMD

Royal officials also confirmed that they had referred The Sun, which is owned by media giant Rupert Murdoch, to the UK's press watchdog, the Independent Press Standards Organization (Ipso).

"We can confirm that we have this morning written to the chairman of the Independent Press Standards Organization to register a complaint about the front page story in today's Sun newspaper."

Further doubts about the story have surfaced after former deputy PM Nick Clegg — the man allegedly on the receiving end of the Queen's anti-EU rant — categorically rejected the story.

Re Sun story. As I told the journalist this is nonsense. I've no recollection of this happening & its not the sort of thing I would forget